"What is Plenipot?” and other frequently asked questions about the high-level ITU conference

Home / News / "What is Plenipot?” and other frequently asked questions about the high-level ITU conference 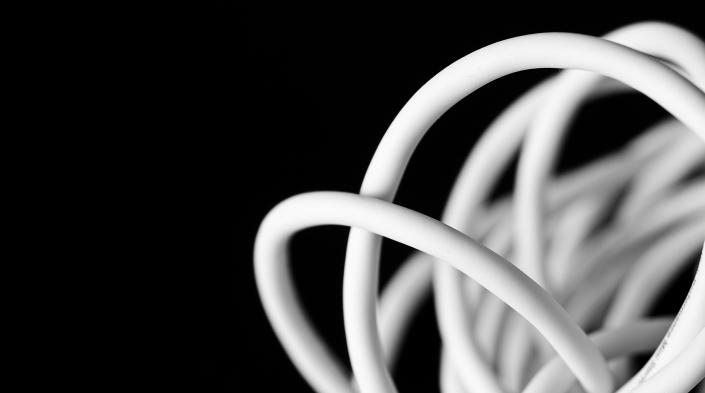 What is Plenipot?” and other frequently asked questions about the high-level ITU conference taking place in Busan, South Korea from 20 October to 7 November 2014

Prepared by the Association for Progressive Communications

The International Telecommunication Union's (ITU) Plenipotentiary Conference will take place from 20 October to 7 November 2014 in Busan, South Korea. Read this FAQ to find out more about this meeting, its importance, the issues that will be discussed there, and why and how you should be involved. APC will also be releasing a separate document that summarises our position on some of the specific issues under discussion.

What is the ITU?

The International Telecommunication Union (ITU) is a specialised agency of the United Nations that focuses on allocating global radio spectrum and satellite orbits, developing technical telecommunications standards, and striving to improve access to telecommunications services for underserved communities worldwide. This is particularly important in most developing countries as so many people still depend on telecommunications networks as their primary means of accessing the internet affordably and reliably. As an intergovernmental organisation, the ITU's membership is composed of 193 member states, which constitute the final decision-making authority on all matters. Additionally, there are opportunities for paid “sector” or “associate” memberships for non-governmental entities, most of whom are from the private sector. Sector and associate members enjoy a degree of participation including access to relevant documents, but not voting rights.

What is the ITU Plenipotentiary Conference?

The Plenipotentiary Conference (or Plenipot) is an international treaty conference organised by the ITU every four years. Plenipot is the ITU's highest-level meeting, where its membership (governments) agree on the Union's overall strategic and financial plans, leadership and direction for the next four years, and amend its foundational texts, the ITU Constitution and Convention. The 2014 ITU Plenipotentiary Conference will be held in Busan, South Korea, from 20 October to 7 November.

What will happen during the 2014 Plenipot?

Stretching over three weeks, much of the first week will be dedicated to the election of the ITU's leadership, including the new secretary-general, the head of the Union. Substantive issues as well as issues relating to transparency and participation at the ITU will be covered in Committees 5 and 6 and the working group of the plenary (WG-PL). These bodies will begin their work towards the middle of week one. The second and third weeks will be dedicated to negotiations over the various texts, and towards the end of the final week, the updated texts, know as the “Final Acts”, will be approved by member states, with some declarations and reservations. The Final Acts will be signed by member states on 7 November.

Who will participate and how?

How does Plenipot connect to other important internet governance events and processes?

Plenipot is first and foremost a meeting about the ITU. But it will also be influenced by, and have an impact on, other internet governance events and processes, such as the Internet Governance Forum (IGF), NETmundial, the Working Group on Enhanced Cooperation (WGEC) of the Commission on Science and Technology for Development (CSTD), the 10-year review of the World Summit on the Information Society (WSIS+10), and the UN General Assembly (UNGA), among others. For example, while WGEC did not ultimately develop any concrete recommendations for reforming global internet governance, some proposals made at the working group called for the ITU to play a more central role in internet policy at the international level. Some governments are taking those proposals directly to the ITU at Plenipot. Additionally, many of the same issues that were debated at NETmundial, like online surveillance, will resurface at Plenipot, and it remains to be seen how NETmundial's outcomes will be treated. A number of proposed amendments take the outcomes of the recently concluded WSIS+10 High Level Event into account. Topics covered by UNGA – such as a potential international treaty on cyber security and disarmament, which has been debated at UNGA's First Committee for over a decade – are also up for discussion at Plenipot.

Plenipot will decide the future direction of the ITU. APC views Plenipot as an important event for a number of reasons. We consider Plenipot to be an opportunity for significant reforms to how the ITU operates in terms of transparency and participation. Current modalities present significant barriers to civil society participation and open access to information, which is cause for concern in a large international institution that exists to serve the public interest. We are also concerned with proposals that seek to expand the agency's mandate in ways that could potentially have a negative impact on the evolution of inclusive and democratic multi-stakeholder internet governance, at international, regional and national levels, and on the way we exercise our human rights online. This shift could also potentially shift the ITU's attention away from the challenge of ensuring sufficient availability of affordable telecommunications infrastructure, particularly in the context of digital migration, which will require new and dynamic approaches to spectrum management.

What are the key issues that will be discussed there, and APC’s position on them?

As the ITU itself has recently recognised, it currently lags behind other UN institutions with respect to public access to documents. There are also significant barriers to participation for non-governmental, non-profit entities. While the ITU has made overtures towards more transparent and open procedures recently, Plenipot is the opportunity for much needed institutional reform. We anticipate that this will be a topic of considerable debate and we will be pushing for the ITU to make all documents available online without password protection,5 and to ensure all interested stakeholders can contribute to its work.

As they are some of the most contentious issues of the day, we anticipate that cyber security, often mixed with the issues of privacy and surveillance, will be high on the agenda at Plenipot. Discussions of these pressing issues must be grounded in human rights, not driven by geopolitics, and take into account that the ITU is only one of many platforms addressing these issues. It is also essential to take into account the need for relevant expertise when tackling issues of trust, safety, security and the protection of rights in the online world. While we recognise that many ITU member states feel the need to discuss these matters at the ITU, we urge them to cooperate and engage with a variety of UN and other international agencies and processes, and with civil society and other non-governmental stakeholders.6

Role of the ITU in internet governance

At the heart of most debates at Plenipot will be the ITU's role in internet governance. This is not a new issue, but rather an ongoing debate that predates the WSIS. It has two dimensions: on the one hand, at a general level, the role, responsibilities and powers of governments in internet governance and development, and on the other hand, the specific role, responsibilities and powers in internet governance of the ITU as an institution. As member states decide on the future direction of the ITU at Plenipot, different visions and values will certainly clash. The ITU would do well here to reflect on the NETmundial statement, principles and roadmap as a recent and widely (if not universally) supported expression of how to move towards inclusive, democratic  and accountable  multi-stakeholder governance of the internet that serves the public interest and respects human rights.7 No one institution has the expertise, the authority or the mandate to assume oversight of internet governance and development.

Are there any other key issues that will be discussed there?

We anticipate a range of key issues to be discussed at Plenipot, including spectrum management, affordable access, gender equality, network neutrality, child online protection, the review of the World Summit on the Information Society, and the Sustainable Development Goals.

Why do we at APC in particular care about Plenipot?

In addition to the issues highlighted above, we are also following Plenipot to see if APC's application for a non-paying sector membership in the ITU's development sector (ITU-D) will be approved, and because we have been selected as a finalist for the GEM-Tech awards. Both APC's Feminist Tech Exchanges and our Take Back the Tech! campaign are being considered for the GEM-Tech award under category 6: Efforts to Reduce Threats Online and Building Women's Confidence and Security in the Use of ICTs. Winners will be announced on 28 October at Plenipot.

5With the exception of cases in which disclosure would cause potential harm to a legitimate private or public interest that outweighs the benefits of accessibility.

6APC believes that all surveillance by states should comply with the International Principles on the Application of Human Rights to Communications Surveillance available at: https://necessaryandproportionate.org

7From the NETmundial statement: “Internet governance should be built on democratic, multistakeholder processes, ensuring the meaningful and accountable participation of all stakeholders, including governments, the private sector, civil society, the technical community, the academic community and users. The respective roles and responsibilities of stakeholders should be interpreted in a flexible manner with reference to the issue under discussion.”

8Note: The participant list is not publicly available. This link was updated 22 October 2014. The latest version available is on the leaking site WCITLeaks.org.