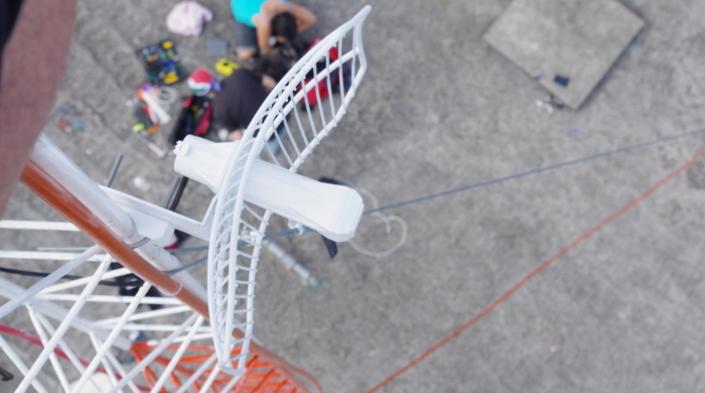 “So Long, Phone Companies. Mexico’s Indigenous Groups Are Getting Their Own Telecoms” proclaims the headline of a Global Voices report on the work of Rhizomatica, an organisation that supports communities, local entrepreneurs and popular movements that wish to use telecommunications technology to advance their autonomy.

APC has followed Rhizomatica’s work for years, and was pleased to welcome the group earlier this year into its growing network, now made up by 46 organisational members and 22 individual members around the world.

“Any point of a rhizome can be connected to any other, and must be.” This is one of the principles of a rhizome quoted on Rhizomatica’s website, and it aptly reflects the spirit that guides their work. The group’s mission is to increase access to mobile telecommunications to the over two billion people around the world without affordable coverage and the 700 million with none at all.

Currently, only very large, powerful companies have access to the mobile spectrum and the concessions to provide cellular service, but their business model and the technology that these traditional providers use have proven unable to solve the problem of connecting much of the world. Thanks to a variety of open-source efforts developed in the last few years, it has become technologically and economically feasible for a community or an individual to provide carrier-grade cellular service to thousands of people – yet no one has so far applied these technologies in the real world, much less created the needed regulatory reforms. Rhizomatica works as a bridge between the potential users of the technology and the engineers and developers of these efforts to ensure the technology is deployed and appropriate for use in the developing world. Its approach combines regulatory reform, decentralisation, community involvement, and the application of new technologies to connect people and communities to services proven to increase access to information, development and, ultimately, quality of life.

Rhizomática recently participated in its first APC regional members meeting, held in San José, Costa Rica in late July prior to the Latin America and the Caribbean Internet Governance Forum.

At the meeting, Eric Iriarte shared the group’s experience setting up autonomous, self-managed cellular networks in Mexico that now serve 18 communities, as well as the role played by Rhizomatica in obtaining the first ever indigenous GSM concession, called Kieru Kas (“it is ours”), with a licence to operate for 15 years.

Iriarte explained how open software elements are used to create community-controlled mobile cellular networks, and announced that in August, Rhizomatica will release a community telecoms guide for organisations that want to learn more about its experience and replicate this initiative in their own regions.

“We are best known for participating in the first community-owned and operated cellular networks in Oaxaca, Mexico, which we now support through a Mexican non-profit we started called Telecomunicaciones Indigenas Comunitarias,” Rhizomatica co-founder Peter Bloom told APCNews. “This organisation has a concession to use cellular spectrum, making it the first federated, community-owned cellular network in the world,” he added.

One of Rhizomatica’s areas of focus is advocating for regulatory reform to support community networks at both the national level in Mexico and the international level, and this was also one of the reasons behind its decision to join the APC network. “We have respected APC’s work for a while and know some other members. We felt like much of the policy advocacy we do could be of use to other APC members, and also having the weight of APC behind some of our proposals could be mutually beneficial,” said Bloom.

“Another reason that compelled us to join was building networks and solidarity with groups in other countries with similar visions,” he added.