New APC member Kéfir: "We need to create together digital neighbourhoods where we can operate without fear"

Home / News / New APC member Kéfir: "We need to create together digital neighbourhoods where we can operate without fear" 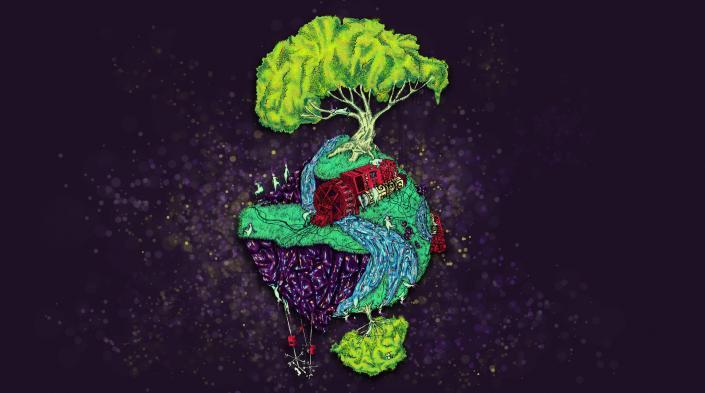 Kéfir, based in Mexico, is a free/libre tech feminist cooperative for activists, human right defenders, journalists, civil society organisations, collectives and artists that aims to build safe and free (as in freedom) spaces on the internet.  In August 2017, they joined the APC network. In this interview, they talked with APC about trust, fear and the need to create digital neighbourhoods.

APCNews: You often mention the words “trust” and “fear” as key to your work. Can you tell us why this is?

Kéfir: The internet is more and more sucked up, quantified, crunched, rendered by capitalism that extends to all aspects of our lives. We can't just opt out anymore because it doesn't depend on us to be "on (the) line". This is violent by default. And yes, we claim this territory as ours and we manage to reach out, touch and support each other, share stories, dance and trigger commotion, but many bodies, voices and lives are under constant attack. Our freedom is bruised but we carry on. When facing the current scenario, it sometimes feels like we are trying to mitigate just to open up a bit of space to breathe, just to "regulate" all that hate and cynicism.

When violence penetrates into the bones, you learn how to walk with your hands ready, your whole body alert, and it's not necessarily an explicit or conscious fear, or a fear that keeps you in a corner, it's realising that at any moment something can happen, an adrenaline that lingers.

Kéfir: "Digital neighbourhoods" is a poetic and political seed that sprouted in Laboratorio de Interconectividades, a fellow project that influenced and inspired the beginning of Kéfir. When we say "we need to create together digital neighborhoods where we can trust each other, express and operate/trigger without fear", we mean that we need to build and nurture together territories where we can feel that we can loosen up, lower the radar and feel at "home". There's an array of specific "technical" requirements for this but also the medular value of knowing one another and knitting bonds.

APCNews: Tell us more about your name, Kéfir, and the “fermentation” component of your work

Kéfir: "Kéfir" comes from "kief", "to feel good" which doesn't just mean to "not feel bad" but to open our pores and feel that we have time, time to have time, conditions to experiment, to mutate, to see "what happens", to soak and marinate processes. A culture liquid contained in a small clay bowl that I come back to...

Perhaps that's the greatest challenge: time to tend ourselves and others without the tick-tock in the background. We juggle with projects and get caught up in very demanding rhythms and we believe that this affects specifically processes and initiatives in contexts under unbalanced power dynamics.

APCNews: Why did you join the APC network? How can you help the network and how do you expect the network will help Kéfir?

Kéfir: Kéfir decided to join APC acknowledging the value of it being a network that has been around for enough time to have trembled, carved learnings, discovered simple and magical keys in relationships... We feel that together we can potentially support each other in many ways and forge paths.

How we are willing to lend a hand towards the APC network is completely open. We would like to imagine that we can provoke you in ways we fortunately can't foresee yet. For the sake of a more straightforward answer, though, we are interested in addressing the intersections between labour, economy, transfeminism and technologies; enthusiastic about reinventing methodologies in how we plunge into that without necessarily writing up reports or organising meetings or feeding mailing lists. Hopefully we will get to know each other little by little, share moments on and away from the keyboard. For now, we just welcome you to write to us if you want, out of pure curiosity. We will get back to you with a more meditated update of things we are brewing in the next months. Until then, a warm hug from the Kéfir floating island.

APCNews: Any last message for the APC community?

Kéfir: If you feel inspired by any of the things mentioned in this text, you are free to cook them up with your own spices, but please include attribution (with a link to our site kefir.red) and feed the sharing circle. And we invite you to do so in a non-capitalist way (where value is distributed among the community). Read more at: