#IWantALetter: Take action to demand that Egyptian authorities provide information updates on their response to the pandemic in prisons

Home / News / #IWantALetter: Take action to demand that Egyptian authorities provide information updates on their response to the pandemic in prisons 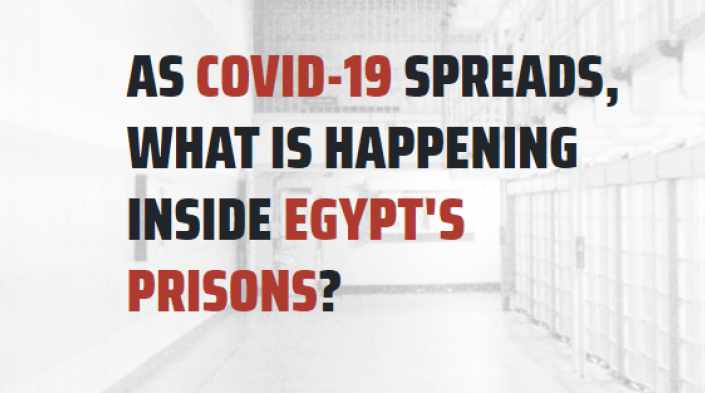 As unofficial reports of COVID-19 in detention spread – threatening a public health crisis that has the potential to affect the population as a whole – family members, lawyers and the everyday public have a right to transparent, accurate and regular information about what is happening in Egypt’s prisons.

In recent weeks, you may have heard the story of Dr. Laila Soueif and her daughters Mona and Sanaa Seif – the story of a family looking to communicate with their detained loved one amid the spread of COVID-19. For insisting on this right to communication, they have been harassed, threatened, assaulted, robbed and arrested.

But they are not alone. The families and lawyers of tens of thousands of detainees across Egypt have little to no news about their loved ones and clients. In-person visits have been cancelled since the beginning of March. No virtual or video alternatives have been provided. Letters are few and far between. Egyptian authorities continue to remain silent in the face of growing reports of COVID-19 in jails. They have failed to provide transparent, accurate and regular updates on the measures being taken to curb and respond to the spread of COVID-19 in prisons.

On 6 June, Hassan Mostafa’s mother travelled to Tora Prison yet again in an attempt to visit her son. She had not been able to see him or communicate with him directly since visits were suspended in early March. She was made to wait outside the prison in the hot summer sun, only to be turned away yet again without receiving any news. While returning home, she fainted in the metro – likely as a result of sun stroke. She was taken to a number of hospitals, reportedly refused treatment, and passed away that same day, without seeing her son.

On 20 June, Dr. Leila Soueif went to Tora Prison to deliver food and a letter to her detained son, prominent blogger and activist Alaa Abdel Fattah. Dr. Laila was made to wait in the heat for hours before being told that she would not be getting a letter despite earlier promises. Worried about her son, who she had not seen since 12 March, she refused to leave. Over a 48-hour period, she was harassed and threatened with arrest. In the early hours of June 22, and after her daughters Mona and Sanaa joined her outside the prison, female thugs attacked them, assaulting, beating, and robbing them of their belongings.

On 4 June, the mother of Solafa Magdy submitted a complaint to the Prosecutor-General for the fifth time. At the time, she had received no news from her daughter since she last visited her on 9 March. All of her complaints have been entirely ignored by authorities.

Demand that Egyptian authorities do the following: