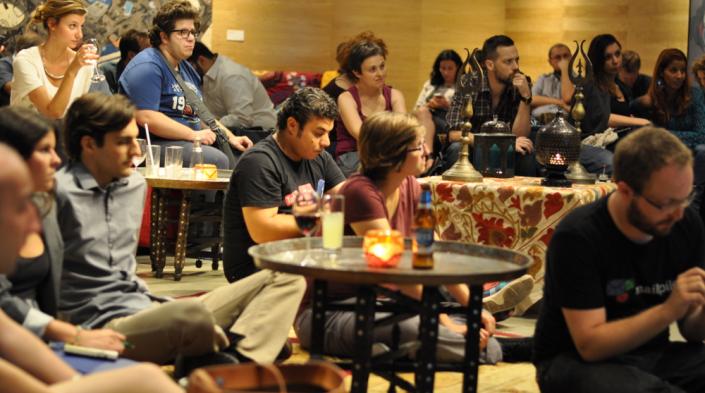 On 1 September 2014, APC, Tactical Tech and Web Foundation brought together over 150 techies, human rights defenders and rights activists in Istanbul to attend the ninth Internet Governance Forum to a peer-learning event called Disco-tech.

Ironically, this year’s IGF was held in Turkey, a country which is renouned for internet censorship. The state’s effort to control the internet is a great example of the challenges of internet governance. “There is a pattern of intolerance and dissent in Turkey. The government sees social media as a threat, while we see it as a valuable tool,” said Amnesty International’s Andrew Gardener. When mass media turned a blind eye to the Gezi protests in 2013, citizens turned to social media, particularly Twitter for communications.

Despite prominent censorship by Middle Eastern countries in 2014, concerns over increasing internet surveillance, blocking and censorship were only peripheral at the IGF this year. At the Ungovernance Forum, a parallel event held by Turkish civil society in response to the rejection of their workshop proposals at the IGF, the topic dominated. «We are seeing cold war rhetoric on the internet where governments attack the enemy to protect their own. However, on currently on the internet governments are attacking the enemy, leaving the infrastructure less stable and making us all more vulnerable,» said Hivos’ Fieke Jansen. “Surveillance and blocking tactics are being employed worldwide – in Vietnam, independent media bodies are experiencing daily DDOS attacks, citizens are being prosecuted for retweets, and activists reported on Facebook,” she added. “In the past year, the Central African Republic blocked SMS and in Sudan the internet was shutdown on several occasions,” said Michael Carbone (Access) in his lightning talk. Not to mention the rapid growth of companies selling surveillance software.

Alternatif Bilişim’s Ahmet A. Sabancı explains that «the easiest and cheapest way to circumvent censorship in Turkey is to teach why it’s wrong, not just how to circumvent. It’s not just about the tools.»

“We need to demystify the internet,” said APC’s Mohammad Tarakiyee, «and use less confusing words to describe censorship.” Tarakiyee’s talk focused on how to explain censorship to your parents. In Jordan, Tarakiyee says DNS censorship is common. «People in Jordan do not understand how easy it is to circumvent censorship.”

So what is next? “Awareness raising and collaboration tailored to the local context is the way forward,” said Michael Carbone (Access). Nonetheless, it is important to bear in mind that Evin Baris Altintas wrote in his country report on Turkey for the 2014 edition of Global Information Society Watch: «history has shown that even the most democratic government will abuse widespread surveillance powers if it has them.”