Uganda's digital identification systems and processes in a protracted crisis: What can be done?

Accueil / Publications / Uganda's digital identification systems and processes in a protracted crisis: What can be done? 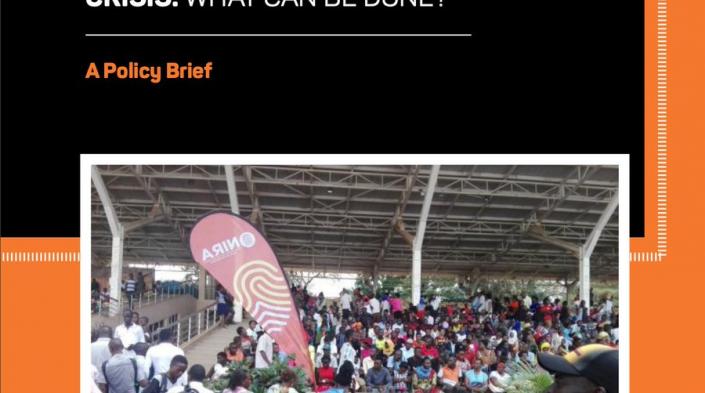 This brief was informed by a systematic document review of published documents. These documents included the Registration of Persons Act 2015, the 1995 Constitution of Republic of Uganda, parliamentary reports, news articles, journals and other reports on digital identity system processes. Key informant interviews and site visits were done from selected districts (Mukono and Jinja) which informed the study.

From our standpoint, governments that deploy foundational identity systems must actively put human rights at the forefront of the system design. This helps them to achieve more informed and effective outcomes to balance public responsibilities and citizens’ trust in the ID systems. The foundational digital ID systems must come with promises and reality of inclusion, easy access to government services, cost savings, and reduced fraud and corruption. They should promote good governance, empowerment, and the promise of being a stepping stone towards a modern digital economy. However, no attention is being given on how ID systems may introduce or exacerbate social exclusion contributing to violations of international human rights norms.

The citizens, civil society and communities were hardly ever consulted while introducing Uganda’s national digital identity system. When identification systems are pushed through less democratic means, they form a doubtable legal basis under the rule of law. The absence of an inclusive and transparent feedback mechanism leaves no space to review, assess and amend shortcomings within the ID system during implementation. This has catastrophic risks to human rights of vulnerable communities.

In Uganda, the national identity system has its headquarters in Kololo with over 117 service centres countrywide. Conversely, there are still glaring gaps within the system leading to unnecessary delays in the acquisition of a legal National Identity Card (NIC).

As of March 2020, the National Identification and Registration Authority (NIRA) had received 29.3 million applications for the Identification Register, representing roughly 68% of all Ugandan citizens. Of these applicants, 25 million had received National Identity Numbers, but only 18.3 million NICs had been printed, and 15.2 million individuals had actually received a NIC. This leaves a shortfall of 3.1 million NICs printed but not issued, causing backlogs.

Public service providers requiring a NIC as proof of identity only request to see the physical ID but they do not scan the card. This demontrates how much the system is still manual. The insufficiency in data integration equipment and the exhaustion resulting in delays in ID issuance justifies why the mandatory use of a NIC to access services should be suspended. Since the establishment of NIRA in 2016, minimum efforts have been undertaken to improve the system efficiency.

This publication was produced with the support of a research and campaign grant, allocated through the APC member subgranting programme funded by the Swedish International Cooperation Agency (Sida).