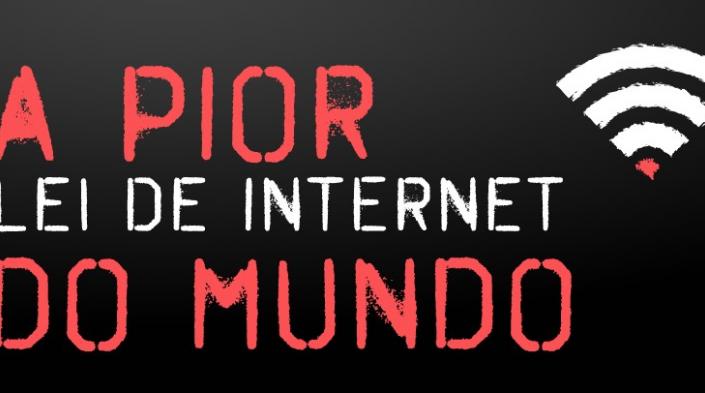 A draft bill on disinformation is scheduled to be voted on this Thursday, 25 June, in Brazil. The proposal, hastily introduced last April during the COVID-19 health crisis, has been subject to a number of modifications, and the final text to be reviewed by Congress is still uncertain. The lack of transparency only adds to a process marked by little multistakeholder participation and poorly drafted provisions that may amount to serious harms to freedom of expression and privacy.

Previous drafts and public positions on the matter expressed by different legislators allow for the abuse of criminal offences, vague and extensive definitions, and burdensome identification requirements that threaten privacy and freedom of expression and generate new forms of discrimination. In its latest version, the draft bill – still to be formally introduced in Congress – creates a highly controlled internet and puts every user under suspicion of malicious activities. More than that: mandatory identification requirements in the bill – through national ID and individual mobile phone numbers – might exclude millions of Brazilians from accessing information and basic services online. This is especially harmful in a moment in which these are crucial for participation in civic and political life and for the exercise of social, economic and cultural rights.

The bill also broadens existing mandatory data retention requirements to allow the monitoring of information shared through private messaging applications.This provision not only goes directly against international human rights standards on the right to privacy, but puts the communications and lives of human rights defenders, journalists and activists under constant risk. Other concerns with the latest version of the bill include the possibility of suspending the activities of internet companies in the country if they fail to comply with the obligations created, mandatory data localisation, and increased criminal penalties for libel and defamation (which are already incompatible with international human rights standards), as pointed out by a large coalition of Brazilian organisations.

Also, the latest version of the draft bill fails to comply with its alleged goal of fighting disinformation: it stimulates a concentrated digital environment by imposing tailored burdensome obligations on internet application providers and encourages censorship and chilling effects on online expression through surveillance and the wide criminalisation of discourse. While doing that, the bill goes in direct opposition to international human rights experts' advice on the matter who recall that "States have a positive obligation to promote a free, independent and diverse communications environment, including media diversity, which is a key means of addressing disinformation and propaganda" and that "general prohibitions on the dissemination of information based on vague and ambiguous ideas, including 'false news' or 'non-objective information', are incompatible with international standards for restrictions on freedom of expression, as set out in paragraph 1(a), and should be abolished."

If approved, this piece of legislation will turn into a worrisome precedent for many other countries currently considering regulations to fight disinformation. This is a complex issue that cannot be fast-tracked with little consideration to its significant impact on human rights and procedural safeguards.

Disinformation and misinformation may have a negative impact on democracy, freedom of expression, journalism and civic space – but so do any ill-suited attempts to regulate these phenomena. States should refrain from adopting legal frameworks that are not evidence-based and lack extensive participatory debate with different sectors of society. As pointed out by international human rights experts in their recommendations for dealing with disinformation, "States may only impose restrictions on the right to freedom of expression in accordance with the test for such restrictions under international law, namely that they be provided for by law, serve one of the legitimate interests recognised under international law, and be necessary and proportionate to protect that interest."

A broad participatory discussion and the adoption of transparency and accountability rules for content moderation by internet application providers – as well as due process mechanisms – are more than welcome. That discussion should be undertaken in accordance with human rights standards which also recognise concentrated private control over digital communications as a threat to freedom of expression. However, the text under discussion falls short of international standards and should not be adopted without meaningful debate and public contributions.

For the reasons expressed above, the undersigned organisations call on Brazilian legislators to immediately reject the latest version of the text, postpone the voting on the so-called "Fake News Bill" (PL 2630/2020) and remove it from the fast-tracking mode, and open a multistakeholder task force to enable participatory discussion on how to respond to the challenges of disinformation while respecting Brazil’s international human rights commitments and existing human rights standards.