Spectrum in Colombia: Towards a participative model

Home / News / Spectrum in Colombia: Towards a participative model 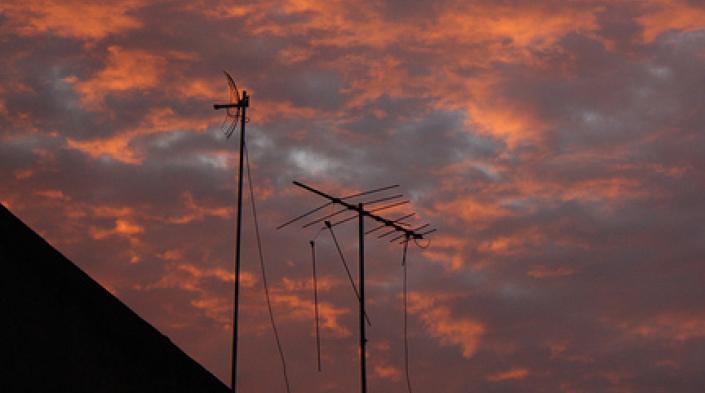 Information and communications technology (ICT) policy in Colombia, shaped by the Live Digital Plan (Plan Vive Digital), seeks to increase internet connections in homes and micro, small and medium enterprises (MSMEs) and triple the number of municipalities connected to the information highway. To achieve these goals the government has defined a series of actions, some of them oriented to expansion of telecommunications infrastructure, particularly the fibre optic network that crosses the country, and mobile telecommunications services, by assigning portions of the spectrum. It is also considering strategies to provide telephone services and internet to public bodies in rural areas and facilitate rollout of so-called “last mile” infrastructure to homes and MSMEs, or the final connection between communications providers and customers.

One of the main challenges will be to ensure that infrastructure expansion benefits the population that currently cannot access either a broadband internet connection or a mobile telephone with a data plan that would allow them to use the web’s resources. Although the government programme includes proposals for tax breaks for the internet, subsidies and a boost for the applications industry, it is important to review how the spectrum is valued and assigned in the country, as this affects coverage as well as the cost of access to wireless ICT.

The government has focused on assigning spectrum to mobile telecommunications services, allowing the entry of a new operator and permitting existing operators to expand their networks. A new distribution of spectrum frequencies is planned in the next few months, and it will be interesting to see the effect on increasing mobile internet penetration, which currently stands at 5.39%, compared with 94% penetration of mobile phones.

Some vital issues have not yet been adequately addressed, such as access networks (or the “last mile”) which will be essential for making the most of the expansion in fibre optic infrastructure in municipal capitals as well as in rural areas. Contract specifications for the fibre optic project indicate that the network will be the property of the contractor, who will determine the technology to be used in the access network, and is required to provide free connectivity for five years to two thousand public institutions. However there are no plans to support local operators or other innovative approaches, and the provision of services to other users is left up to the contractor. This may create a supply shortage and limit opportunities for actors in the private sector, or those with a social or community orientation.

Another aspect of interest to the government is the definition of bands for use by national security services, emergency services and fixed and mobile broadband, among others. Some of these frequencies are 450MHz, 700MHz, 850MHz, 900MHz, and 3.5GHz. The 700Mhz band is of particular interest because it falls within what is known as the digital dividend band, or the frequencies that will become available when the switch to digital terrestrial television in the country is completed in 2019.

The Ministry of ICT, with technical support from the National Spectrum Agency, assigns, manages and controls the spectrum in Colombia. Since its creation in 2009, ANE has supported the process of allocating bands for international mobile telecommunications (IMT), made proposals towards a policy for the administration of the spectrum, supported the launch of a management system for the spectrum and carried out monitoring and control, among other functions.

Oportunities for participation and advocacy

Technological changes have led to the underuse of bands assigned to services that have become obsolete, or whose demand is low; they then become candidates for the provision of new services. Although the government has undertaken studies and carried out modifications in recent years, more participation from academia and civil society is needed, with research that considers the needs of the population and of overcoming the digital divide, as well as technical and market criteria.

Colombia has bands for free use, under certain technical operating conditions, such as limits on the power output of equipment. On these frequencies, networks have been established to provide connectivity in rural areas. Some of these were initiated by projects supported by the government, universities, social organisations or private institutions. However there is no known initiative to collect these experiences and analyse the impact of the use of these free bands to give an overview of their importance at the national level.

During 2011, different opportunities for participation were opened up (the Comité Nacional del Espectro, or National Spectrum Committee, the group of experts on the spectrum, and public consultations). While these are still at a formative stage and in the process of being strengthened, they provide a chance for civil society to take part in, and influence, issues related to spectrum management.

The issues being debated include the definition of a more flexible and efficient model for spectrum management. It is vital to strike a balance between the potential for state control of the resource, and the flexibility and swiftness of its assignment and use. The government, through MinTIC and ANE, must take into consideration the social value of the spectrum and construct a management model that both incorporates the perspectives of all sectors and has their support.

It is essential to strengthen the participation of diverse actors in these discussion forums. While operators and suppliers of equipment have specialist staff, civil society has a long road ahead, not only in mastering technical aspects but also in negotiating political and social aspects so as to facilitate sustained citizen participation that will have real power. The formation of working groups should be fostered, made up of users, community service providers, social organisations, and technical, political and social action and research groups, in order to share and disseminate information in accessible language, carry out oversight functions, identify essential needs and issues, and investigate concrete issues, especially management models and alternative uses of the spectrum.

Universal access to telecommunications networks and services must guide the allocation, definition of conditions of use and assignment of spectrum bands. Special consideration should be given to rural networks and priority services, such as health and education, in examining technologies that can contribute to optimum use of long-range networks in areas of low population density.

This is a synthesis of the research conducted in Colombia [documento en español] by Lilián Chamorro and Ariel Barbosa for Colnodo, as part of APC’s initiative Open Spectrum for development, which aims to provide an understanding of spectrum regulation by examining the situation in Africa, Asia and Latin America. This project is part of the ‘Action Research Network’ initiative, funded by the International Development Research Centre (IDRC).

See other reports and summary articles.