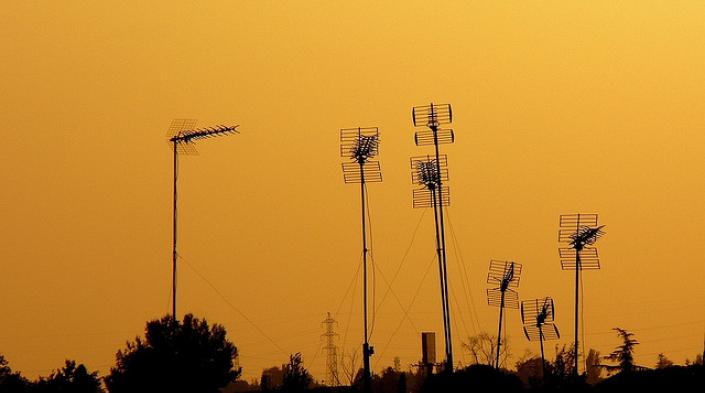 By Maicu Alvarado and Gabriela Perona for CEPES Publisher: APC

The spectrum is the basis for the operation of countless communication services, but “the importance of the spectrum lies not so much in what it is but rather in what it allows us to do,” according to the Association for Progressive Communications (APC). It is a public good administered by the state, which citizens should consider as a means for accessing information.

In the present context characterised by:

New challenges arise for the regulation and management of the spectrum, and there is a need to expand debate on this issue.

Digital migration: a start for the debate

There has recently been discussion in Peru about digital terrestrial television and the need to build infrastructure for broadband services, as well as more superficial discussion of policies for the concession of frequencies to large mobile telephony operators. The debate on spectrum management has taken place mainly in technical forums, but in other spheres there is an emerging awareness of the importance of sound administration of this resource, and its link with policies for the democratisation of access to information and the internet.

The transition to digital television has sparked debate among radio broadcasting companies, government bodies, academics and the national press, on the future use of the digital dividend (the portion of the spectrum that will be freed up by the change in frequencies of television broadcasters). The dividend could be used, for example, to provide mobile services and broadband internet access in rural areas at lower costs. Use of this resource by society at large requires an inclusive policy and an appropriate distribution of frequencies and spectrum management.

The Peruvian state, following the recommendation of the International Telecommunication Union, has indicated that it favours assigning part of the digital dividend to 4G mobile telephony service provision. There is no debate about the assignment of other dividend frequencies, whether for specific uses or for free use, nor about the promotion of access models and policies that would foster local internet service providers.

Spectrum management in Peru, like most of the country’s telecommunications policies, has aimed for rapid expansion of services and has prioritised the participation of large operating companies. This has limited the diversification of services, the participation of local operators and the creation of new models of internet access. Spectrum management could consider open and community use of frequencies that offer advantages because of advances in wireless and digital technology. This would signify a political and regulatory change in the field of telecommunications and foster the goals of economic and social development, complementing service expansion goals with those of cultural, educational and technological use and development.

Policies for planning and use of the spectrum are mainly developed and managed by the Ministry of Transport and Communications (MTC – Ministerio de Transportes y Comunicaciones) and by the Supervisory Body of Private Investment in Telecommunications (OSIPTEL – Organismo Supervisor de la Inversión Privada en Telecomunicaciones). This institutional framework hampers the linking of these policies with the needs of the culture, health, education and agriculture sectors, among others. It is therefore necessary to orient planning of spectrum use to the needs of various sectors, and for this reason the participation of more actors in the debate, management and use of the spectrum should be encouraged.

A different model is possible

An “open spectrum” model could be proposed that would allow access by different types of users without the need to apply for a licence, by following “house rules” for harmonious coexistence. This kind of scheme would require, rather than technical solutions, a change in telecommunications policies to incorporate a rights approach over and above the aims of private investment. If the option is made to advance towards “liberalisation” of frequencies for free and community use, it will be necessary to promote policies, plans and projects to encourage the participation of local operators, to create more inclusive participation mechanisms for the distribution of frequencies, and to eliminate red tape and simplify procedures. It will also be necessary to stimulate the creation of businesses as well as to encourage research and innovation. Since operating companies do not use all of the spectrum assigned to them, the unused portions should be assigned to others, or a secondary spectrum market should be created and regulated.

In addition, academic institutions and civil society should build their capacity and participate more actively in knowledge creation and in the debate over defining national policies, plans and projects for effective use of the spectrum. Existing forums should receive support, because they have generated valuable technical and legal information on the issue. It is a key moment to become involved in this debate and to link it with other discussions taking place, such as the plan for broadband development. Efforts should also be made to include those actors who have developed community radios and policies for access to information. On the eve of discussions about technical standards for digital audio broadcasting, the experience of these groups means that they could be key participants in the debate on the spectrum.

If discussion of the use of the spectrum can be incorporated into the public agenda, and if different stakeholders can organise spaces for debate and advocacy, it will be possible to move towards an approach to spectrum management that is in keeping with the needs of Peruvian citizens in the information society.

This is a synthesis of the research [document in Spanish] conducted in Peru by Maicu Alvarado and Gabriela Perona for CEPES, as part of APC’s initiative Open Spectrum for development, which aims to provide an understanding of spectrum regulation by examining the situation in Africa, Asia and Latin America. This project is part of the ‘Action Research Network’ initiative, funded by the International Development Research Centre (IDRC).

See other reports and summary articles.