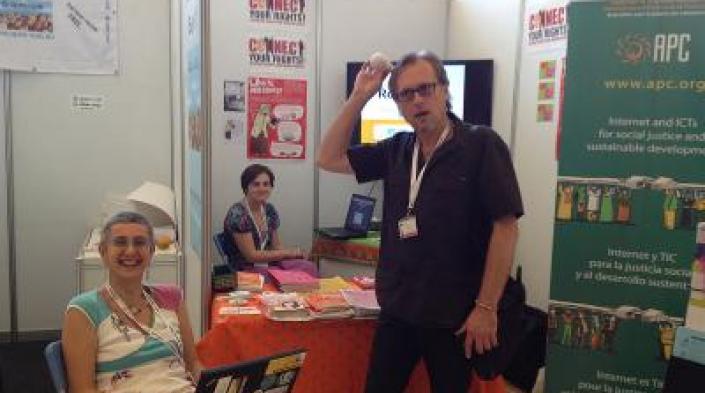 The Bali IGF will be remembered by the APC community for four main reasons: the hospitality of our Indonesian hosts, the impact on the event of the Snowden revelations, the linked initiative by the Brazilian government and ICANN to convene an internet governance meeting in Brazil in 2014 , and, last, but not least, Miss Internet Bali.

Revelations of mass surveillance of online communications by the U.S. National Security Agency (NSA) as well as by other governments, with the cooperation of some of the worlds largest internet and telecommunications companies, had a profound effect on the eighth annual IGF, held in Bali, Indonesia from 22 to 25 October 2013. Mass surveillance was not only addressed in workshops and in main sessions; it permeated the entire event. While many delegates were wondering if their communications while at the IGF was being monitored, the corridors were buzzing from the intense parallel dynamic resulting from the initiative of the Brazilian government and ICANN to convene a global meeting to discuss the future of the internet governance in early 2014.

Discussions in Bali reactivated debates on the multi-stakeholder approach to internet governance, versus a multilateral-intergovernmental model. The overriding feeling in Bali appeared to be that the multi-stakeholder model was still preferred by most actors, but for it to be legitimate and effective it needed to be strengthened, and built on common principles and frameworks, and clarify roles and accountabilities.

In this document APC reflects on some of “the good”, “the bad” and “the ugly” aspects of the IGF 2013, and event which we feel was, overall, a huge success. We also provide input for consideration by those organising the IGF 2014.