Lebanon: APC calls for internet access restrictions to be lifted and for human rights online and offline be protected

Home / Publications / Lebanon: APC calls for internet access restrictions to be lifted and for human rights online and offline be protected 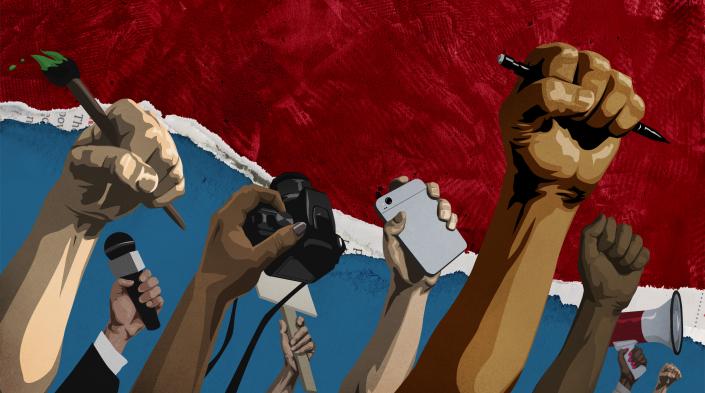 The devastating explosion in Beirut, Lebanon, that took place on 4 August 2020 and killed hundreds of people and injured around 5,000 others sparked a series of social protests against the government that were severely repressed by police. This situation has been exacerbated by the implementation of internet shutdowns that pose serious threats to the Lebanese people’s rights to protest and freedom of assembly, offline and online.

At the end of July, the Human Rights Committee released its first-ever interpretation of Article 21 of the International Covenant on Civil and Political Rights, which asserts that the right to peaceful assembly extends to digital activities. It is very timely to rely on this interpretation at times like this, when internet access in Lebanon is being restricted in the midst of interventions by security forces indiscriminately firing tear gas, rubber bullets and pellets at protesters. Network disruptions in this context are clearly inconsistent with the rights to freedom of peaceful association and assembly and the right to protest online and offline, while also placing injured people who need medical and other assistance at even greater risk.

It is crucial for the Lebanese people to be able to use internet-based technologies to coordinate actions on the ground, to have the possibility to report the protests in real time, and to communicate with each other as a means of protecting their personal safety, calling for support or seeking medical assistance.

The current internet shutdowns will further exacerbate the already tragic implications of the blast, severely affecting the availability of information about assistance, as restrictions on access to the internet interfere with the efforts of media and humanitarian organisations to inform and provide effective assistance to the affected areas and people. This undermines the ability of the authorities to disseminate important information for people to move to safe places or to get assistance, while it also affects the right to information and freedom of expression of the local residents, which play a pivotal role in ensuring that emergency services and humanitarian aid can be delivered and in facilitating contact between affected people.

Furthermore, internet shutdowns affect the rights to livelihood, health and education, as well as the right to safety of community members. Blockages and interruptions of internet access – whether partial or complete – implemented by state and non-state actors put people in greater danger and reduce the ability of the government to protect its citizens, particularly the more vulnerable ones.

Temporary internet disruptions and shutdowns pose serious challenges to the exercise of a wide range of rights and therefore cannot be justified under any pretext, whether these relate to preservation of the national security, safeguarding the public order, or countering disinformation, among others. We therefore call on the Lebanese authorities to:

Following the declaration of a state of emergency by the head of parliament on 13 August, we also call the Lebanese authorities to ensure that the application of exceptional measures are carried out in strict accordance with human rights standards and in alignment with the principles of proportionality, necessity and non-discrimination.

Finally, we express our solidarity to all of the people of Lebanon, in particular to our organisational member Social Media Exchange (SMEX) and our colleagues living there.