HRC43: APC statement at the stakeholder meeting with the Human Rights Committee on the Revised Draft General Comment No. 37 on Article 21 of the ICCPR

Home / Publications / HRC43: APC statement at the stakeholder meeting with the Human Rights Committee on the Revised Draft General Comment No. 37 on Article 21 of the ICCPR 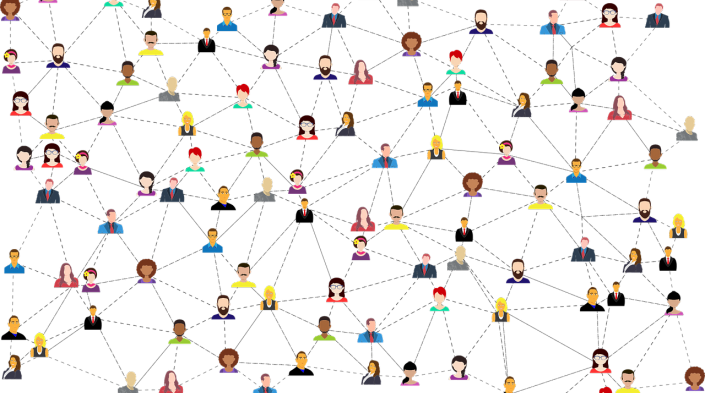 APC thanks the Committee for its commitment to a participatory drafting process and welcomes the invitation to provide its observations and comments on the Draft General Comment. The contents and issues dealt with are especially relevant in the current global climate.

APC’s submission encourages further engagement and clarity in the expanding realm of online or digital assemblies, among others, and seeks to illustrate the emerging opportunities and challenges created through the increased use of information and communications technologies, particularly surveillance technologies.

Freedom of assembly is the key means through which individuals come together for the realisation of human rights; this is particularly true for marginalised groups. The historical role of assemblies in being pivotal means through which decolonisation, self-determination, women’s rights and LGBTIQA struggles, among others, have been realised demands recognition.

The nature of assemblies, who organises them and how they are organised has undergone substantial change over time, including through the use of decentralised digital tools. This is particularly so as traditional organising centres such as unions, civil society organisations and political parties are no longer the only actors of change. Increasingly, individuals, community organisations and social movements are able to leverage decentralised digital tools to call for, mobilise and sustain assemblies online and offline.

ICTs have emerged as powerful tools for social and political change. They are central today to protect diversity and empower people and groups in positions of marginalisation – such as persons with disabilities, LGBTIQA communities, and linguistic, religious and other minorities – to exercise their right to FoAA. As physical civic space is shrinking around the world, online platforms are viewed as the new places for people to associate, gather and demonstrate, where doing so physically is no longer possible. Additionally, mobilisation online is also central today for supporting and strengthening offline assemblies.

We submit that the internet and other ICTs can be a powerful tool for social mobilisation, resistance to injustices and expression of difference and creativity, particularly for groups in positions of marginalisation. As illustrated throughout history, new frontiers are the most hotly contested spaces. Resultantly, express acknowledgement and full recognition of the applicability of international human rights standards in online spaces is urgently required. The Revised General Comment can play a significant role in this regard. Given this context, it is incumbent upon the Committee to consider providing more direction to states and other stakeholders on the right to peaceful assembly in online spaces and the potential risks of surveillance and restrictions to internet access in unduly curtailing the right to peaceful assembly.

Therefore it is extremely important that the task ahead of us reflects evolving realities and sets in place an understanding of the right in a manner that will sever the present and the future with clarity on what the right entails, how it ought to be protected and what permissible limits may be allowed under international norms and law.

To this end, our submission addresses the following issues:

APC takes the view that proposing a definition of assembly is important in order to facilitate the understanding on the standards proposed. In this regard, the Committee may consider the definition by the Special Rapporteur on the rights to freedom of peaceful assembly and of association that characterises an assembly as “an intentional and temporary gathering in a private or public space for a specific purpose”.

At paragraph 11, we suggest the inclusion in the draft of the notion of “online assembly” as the use of ICTs to exercise the right to peaceful assembly either wholly in online spaces or in conjunction with offline spaces.

The draft should also reflect that the human rights protections afforded to physical gatherings also apply to comparable gatherings online.

Restricting internet access has become a common means for states to stifle opposition and dissent. The Draft General Comment should expressly recognise that internet shutdowns and partial disruptions of internet access, by states and/or non-state actors, are clearly inconsistent with the right to peaceful assembly off- and online.

Importantly, in 2019, the Special Rapporteur on the promotion and protection of the right to freedom of opinion and expression reiterated that internet shutdowns are “clearly inconsistent” with Article 19(3) of the International Covenant on Civil and Political Rights. [2] In 2019, the Special Rapporteur on the rights to freedom of peaceful assembly and of association stated that “network shutdowns are in clear violation of international law and cannot be justified in any circumstances.”

In this regard, in paragraph 38 should, at a minimum “States parties should not impose network shutdowns as they are in clear violation of international law and cannot be justified in any circumstances. Shutdowns fail to meet the established test for restrictions on the right to peaceful assembly found in article 21.”

The need to ensure stricter standards in relation to business enterprises  ​​​​​​​

While APC fully agrees that “[b]usiness enterprises have a responsibility to respect human rights, including the right of peaceful assembly,” it is respectfully submitted that greater clarity is required on the obligations on businesses in this respect. It is acknowledged that “[o]nline platforms and social media companies, in particular, wield significant power over how both the right to freedom of peaceful assembly and the right to freedom of association are enjoyed and exercised.” [3] APC submits that given the indispensable role that business enterprises and non-state actors play, particularly in the digital environment, human rights-based standards need to be made clear to guide the governance, actions (and omissions) of these enterprises. Additionally, there is a need to ensure that there are adequate safeguards against the targeting and surveillance of individuals, communities and civil society actors, which platforms and social media companies have the capability of doing and which is dealt with in further detail below. Companies have a responsibility regarding internet access disruptions and shutdowns, since they should preserve the integrity of access to the whole internet, all the time.

Accordingly, the Draft General Comment should mirror and, where possible, expand on the sentiments of the recent Report of the Special Rapporteur on the rights to freedom of peaceful assembly and of association (FoAA) which, in citing the Guiding Principles, states:

APC welcomes the statements advanced in the Draft General Comment in respect of state obligations to ensure that internet service providers (ISPs), in their attempts to self-regulate, do not “unduly” infringe on rights. However, APC notes that the issue is not self-regulation, in and of itself; the problem, as alluded to above, relates to the lack of compliance with, and respect for, human rights standards by business enterprises. Self-regulation alone is therefore wholly insufficient given that there is an obligation on states to take positive measures to “prevent actions by non-state actors, including businesses, that could unduly interfere with the rights to freedom of peaceful assembly and of association.” [5] This should be reflected in the Revised General Comment. Furthermore, the Human Rights Council has called on states to “ensure effective remedies for human rights violations, including those related to the Internet, in accordance with their international obligations.”[6] Accordingly, APC submits that self-regulation alone is not an effective remedy, and reference to the obligation on states to ensure that there are effective remedies for human rights violations by ISPs should also be included in the Draft General Comment.

Surveillance by states and non-state actors is rampant across the world and there is a notable increase in the “use of digital surveillance and online harassment against civil society actors, human rights defenders. APC encourages the Draft General Comment to pay fuller attention to this.

More specifically, we believe the draft should include precautionary measures in relation to surveillance, including a moratorium on the use of facial recognition surveillance technologies, until Human Rights Impact Assessments are undertaken and adequate safeguards are in place.

In closing, the Revised General Comment can play a significant role in the recognition of the full applicability of international human rights standards in online spaces.

APC is thankful for the opportunity to contribute towards this important work and urges the Committee to take heed of the call for greater clarity and emphasis on the role of online assemblies and the need for express restrictions on surveillance technologies.

[1] “Meaningful internet access should be construed as pervasive, affordable connection (of sufficient quality and speed) to the internet in a manner that enables individuals to benefit from internet use including to participate in the public sphere, exercise human rights, access and create relevant content, engage with people and information for development and well-being; irrespective of the means of such access.” Internet Governance Forum. (2016). IGF Best Practice Forum on Gender and Access: Overcoming Barriers to Enable Women’s Meaningful Internet Access, at page 4. www.intgovforum.org/multilingual/index.php?q=filedepot_download/3406/437

[2] “Report of the Special Rapporteur on the promotion and protection of the right to freedom of opinion and expression”, A/74/486 (9 October 2019). See also United Nations General Assembly, resolution on “Promotion and protection of human rights and fundamental freedoms, including the rights to peaceful assembly and freedom of association”, A/RES/73/173 (17 December 2018).

[3] See “Report of the Special Rapporteur on the rights to freedom of peaceful assembly and of association”, A/HRC/41/41 at para 17.

[4] Ibid. at para 20. See further “Report of the Special Representative of the Secretary General on the issue of human rights and transnational corporations and other business enterprises”, A/HRC/17/31 (21 March 2011).

[5] See “Report of the Special Rapporteur on the rights to freedom of peaceful assembly and of association”, A/HRC/41/41 at page 14.

See also the APC submission on the Revised Draft General Comment No. 37 on Article 21 (right of peaceful assembly) of the International Covenant on Civil and Political Rights, available here.