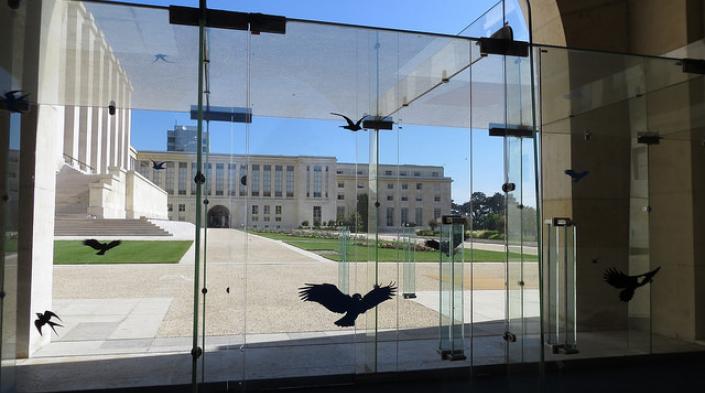 Today at the Human Rights Council, Persatuan Kesedaran Komuniti Selangor (EMPOWER) and the Association for Progressive Communications (APC) delivered a joint statement calling for urgent attention to the deteriorating situation in Malaysia with regards to the rights to freedom of expression and association.

29th session of the Human Rights Council. Item 3: Interactive dialogue with the Special Rapporteur on freedom of opinion and expression. Joint statement by Persatuan Kesedaran Komuniti Selangor (EMPOWER) and the Association for Progressive Communications (APC)

The Association for Progressive Communications (APC) and Persatuan Kesedaran Komuniti Selangor (EMPOWER) welcome the reports of the Special Rapporteurs.

We call for urgent attention to the deteriorating situation in Malaysia with regards to the rights to freedom of expression and association.

Despite promises by Prime Minister Najib Tun Razak to scrap the Sedition Act 1948, repressive amendments to the Act were rammed through Parliament in April 2015 after only a day of debate. We are concerned over new provisions on electronic media and devices, in the context of increased government and police surveillance of internet users in Malaysia. Under the new amendments, an individual may be prohibited from accessing any electronic device for an indefinite length of time. Anonymous online posts may be blocked.

The Sedition Act is only one of a number of laws giving broad powers to the authorities to criminalise legitimate expressions and to crack down on dissent. Detention without trial also made a comeback this year with the passing of the Prevention of Terrorism Act, under the guise of national security.

Mr. President, the government of Malaysia made pledges not just before its citizens but also before the international community. In Malaysia’s second UPR in 2013, the government “accepted in principle” recommendations to repeal the Sedition Act and sustain reforms in the human rights field. It also fully accepted recommendations to continue efforts in promoting and protecting human rights.

We urge that the Human Rights Council strengthen the follow-up process to the UPR to ensure that governments account for their pledges. More weight must be given to the mid-term review process as an opportunity to take stock of progress and challenges on the ground.

We further urge that the Malaysian government and the international community recognise the internet as a legitimate space and platform for the promotion, protection and exercise of the rights to freedom of expression, association and assembly. International standards protecting fundamental rights and freedoms, including the Universal Declaration of Human Rights and the International Covenant on Civil and Political Rights, must be seen as fully applicable to expressions online.

Finally, we call on the government of Malaysia to extend invitations to the Special Rapporteurs on the right to freedom of opinion and expression and on the right to peaceful assembly and association.