ICTs for democracy: Information and Communication Technologies for the Enhancement of Democracy - with a Focus on Empowerment

Home / Publications / ICTs for democracy: Information and Communication Technologies for the Enhancement of Democracy - with a Focus on Empowerment 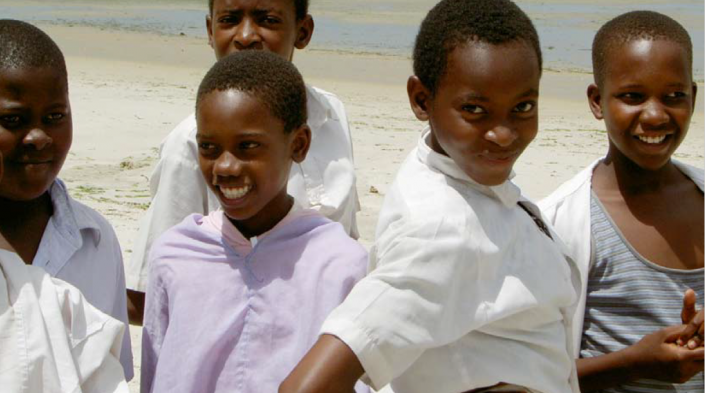 The democratisation process is often uneven and rocky as the power dynamic shifts between governments and their respective constituencies. In practically all cases, however, governments hostile to citizens’ civil and political rights have both the resources and the power to withhold these rights. It is therefore imperative that support be channeled to governments to deepen their awareness of citizens’ rights and the processes needed to ensure they have access to these rights. Equally important is support to civil society groups so that they can demand their civil and political as well as economic, social and cultural rights from their governments. There is ample evidence of the importance of “demand side” approaches for ensuring the longevity of a human rights culture.

In the cases of young and emerging democracies, it is essential that institutions, processes and mechanisms be installed to support and underscore national efforts to strengthen democracies.

Evidence over the last three decades suggests that strides made towards democracy can be reversed, and countries can revert to less democratic practices and cultures. Failure to support efforts to install and/or deepen democracy in countries with little experience of how to nurture such processes is to leave democracy to chance, or in many cases at the mercy of unchecked and rampant abuse by the very governments who might profess respect for their citizens’ civil and political, as well as economic, social, and cultural rights.

This report examines the potential of information an communications technologies (ICTs) for advancing democracy and empowerment, with a special focus on Kenya, Tanzania and Uganda.

Access to and the strategic use of ICTs have been shown to have the potential to help bring about economic development, poverty reduction, and democratisation – including freedom of speech, the free flow of information and the promotion of human rights. Based on signs of current democracy deficits in the case study countries, it is crucial that ICTs be made central to development cooperation and to approaches to advance democracy in the three countries.

Governments in the three countries are currently not adequately equipped for – and in the cases of Uganda and Tanzania, disinclined towards – any critical engagement with civil society and public efforts to deliberate with government around issues of national importance. In Tanzania and Uganda, though nominally multi-party states, the emergence of a viable political opposition is thwarted through limited state support for political parties, and political activism by NGOs and CSOs is discouraged and even sanctioned by “banning” critical NGOs to operate in certain social sectors. To remedy this and advance democratic practice within governments, the institutions for promoting democracy – including the parliaments – need to be strengthened so they can demand greater transparency in governance structures and hold governments accountable to their respective mandates.

Although civil society structures in the three studied countries are diverse and relatively well organised, they do face challenges. Civil society organisations are generally expected to be in the service of their governments and not to question the priorities, strategy and implementation successes or failures of their governments. In Uganda and Tanzania specifically, most NGOs and CSOs are engaged in service delivery and in many cases are in contractual relations with the national government. Over time, this has created NGOs and CSOs with limited scope and capacity for advocacy. In contrast to Uganda and Tanzania, the rights discourse has emerged quite strongly in Kenya since the shift from one-party statism in the 1990s. While politically driven CSOs and NGOs exist in Kenya, they do however need stronger institutional capacity in order to achieve longevity and sustainable impact. In all three countries, the challenge lies in increasing civil society capacity and scope to use the political and public space to engage and influence their governments’ decision-making and democratic practice. This entails both acting horizontally as citizens, with other civil society actors, as well as with government. Access to and effective use of ICTs in the three countries are uneven across the rural/urban divide; between better educated men (with better access to resources) and lesser educated and often non-literate women; and between the rich and the poor. Across both urban and rural populations, the predominant tool for communication is the mobile phone, while access to the internet is largely limited to urban areas. The high cost of international internet connectivity – itself a consequence of dependence on satellite connectivity in Uganda and Tanzania especially – means that even within urban areas internet connectivity is the purview of a small well-to-do elite.

The slow growth of internet uptake and usage is also attributable to limited infrastructure, including fibre-optic cable and electricity in rural areas; low internet usage by government, schools, and health and agricultural institutions; low ICT literacy; a lack of local content on the internet; and low income levels. However, the region is poised to gain access to broadband fibre, with a number of projects underway to link these countries to undersea fibre-optic cables off the East African coast.

Broadband connectivity will be more available in the region within the next two years, and could become more affordable to the broader population with the right policy frameworks and regulatory measures in place. In all these countries, access to broadband must be made a national priority – to reach even the smallest village – in order that the most marginalised geographic spaces and social groups can participate in national debate and deliberation on issues and decisions that impact on their day to day life.

The report concludes by making a set of recommendations of possible strategies and actions to support democracy efforts in the three countries, though the use of ICTs. Three strategies are proposed as priorities:

These strategic interventions are primarily directed at civil society actors and building “demand” for greater participation and democracy. It remains important, however, for Sida to investigate modalities for impacting positively on the political and regulatory framework within which civil society actors operate. Thus, it is also important to consider how to support initiatives that build stronger state institutions – such as an independent judiciary and politically diverse parliaments –that can exercise oversight and positively impact on their constituencies’ capacity for informed participation on decision-making on issues that affect their quality of life, including affordable access to the communication platforms and tools.