How are APC partners improving their communities' lives? In this column we're highlighting stories of those working to create local impact and change, supported by APC subgranting. By working side-by-side with the local community, La Différence builds Pamoja Net, a community-owned network providing internet access, while facilitating technological learning for youth on the island of Idjwi.

In the Democratic Republic of Congo (DRC), the island of Idjwi in Lake Kivu is remote and houses an isolated and impoverished population. With 80% of people living on less than 1.25 USD per day, young people face a lack of income opportunities and, as a result, the past decade has seen an exodus of people under 25 to the mainland cities in the country. Seeking positive change to overcome local obstacles, in 2016 the organisation La Différence partnered with the island chiefdom through an invitation of the Mwami, the king on Idjwi, to create Pamoja Net, a community-owned network that provides internet access.

La Différence is a social business incubator that empowers entrepreneurs across Eastern DRC to drive positive social and economic change. It also builds technology solutions in collaboration with local communities, such as the process made on Idjwi Island. Pamoja Net  was originally co-designed and installed by La Différence in collaboration with the local community in 2016. In 2019, it received subgrants from the “Connecting the Unconnected: Supporting community networks and other community-based connectivity initiatives”, a project being implemented by APC in partnership with Rhizomatica.

With a complex history of rights violations and natural disasters, internet access could become another missing piece in a complex puzzle of absences in the country. “It is very often difficult to have the usual funding. Usually most of the donors who have worked for several years in humanitarian programmes in our country – such as natural disasters, Ebola, sexual violence, the fight against diseases like tuberculosis – do not want to finance the other urgent ones. Most are not interested in the theme of technology and the promotion of community networks," explains Patrick Byamungo, director of La Différence.

Therefore, most of the projects in DRC "are made with the ideas of donors in mind, and local organisations are forced to align themselves with the wishes of the donors to get the funds without considering the real need of the local community," adds Byamungo. Pamoja Net, however, was built in a participatory way with the granting process  respecting local interests and needs. "The opposite [of more traditional granting processes] is true with the 'Connecting the Unconnected' project, which helps and supports the ideas of local communities. We really liked this approach,” he highlights.

The grant supported Pamoja Net's growth and has facilitated a significant learning opportunity for a small group of young technologists on Idjwi Island, allowing La Différence to provide three local technologists with a regular income for the project period. It also supported La Différence in strengthening the technical resiliency of the Pamoja Net community network.

As a result, they were able to connect an average of 150 people per day to Pamoja Net with minimal service downtime. And building the community network resilience and sustainability is an ongoing process: this year a project from La Différence was granted a new round of funding by the community network grant programme. The proposal selected will focus on solutions to address technical issues and enables Pamoja Net to cover all its costs.

Building a grassroots movement through subgranting

“Connecting the Unconnected” is a project started by APC and Rhizomatica in 2017 with funds from the International Development Research Centre (IDRC) of Canada. It is dedicated to strengthening community networks in Latin America, Asia and Africa, and supports both APC members and non-members, including community networks with which it is working for the first time. In 2019 the project was boosted by a grant from the Swedish International Development Cooperation Agency (Sida), which included a subgranting component. With this boost, the project’s learning grants were disbursed to 24 representatives from 12 community networks. This promoted cross-learning by allowing the representatives to travel to each others’ community networks to learn from and help each other, supported by an ongoing online dialogue.

But one can’t help feeling that the other real beneficiary in the project’s subgranting process has been APC. Working at the grassroots, and bringing the energy from committed people rooted in communities into the “APC space” has clearly been invigorating for the organisation and has helped to strengthen APC’s membership base.

The subgranting experience has also been allowing APC to learn and to make specific targets a structural requirement of any funded project process, showing that subgrantors are able to set the conditions of disbursement in a way that favours the strategic goals of the project. The feminist approach and the visibility of women in community networks of the projects supported by the “Connecting the Unconnected” initiative is a concrete example of it. Under this approach, for each peer grant in which two people were selected as representatives, one was a woman.

In the case of La Différence, Chako Armant is one of representatives for the community networks learning grant initiative. “During the construction of internet antennas for Pamoja Net, women were more involved in the project than men, which is a rare occurrence on the island,” she tells about the women's involvement in the process in an interview for APC.org. “The involvement of women in Pamoja Net's work helped us advance and develop more strategies to get closer to the community, and hence also know their exact needs. Women became our first respondents and partners,” she adds, showing the many layers of how a participatory process enables different actors to learn and grow together. 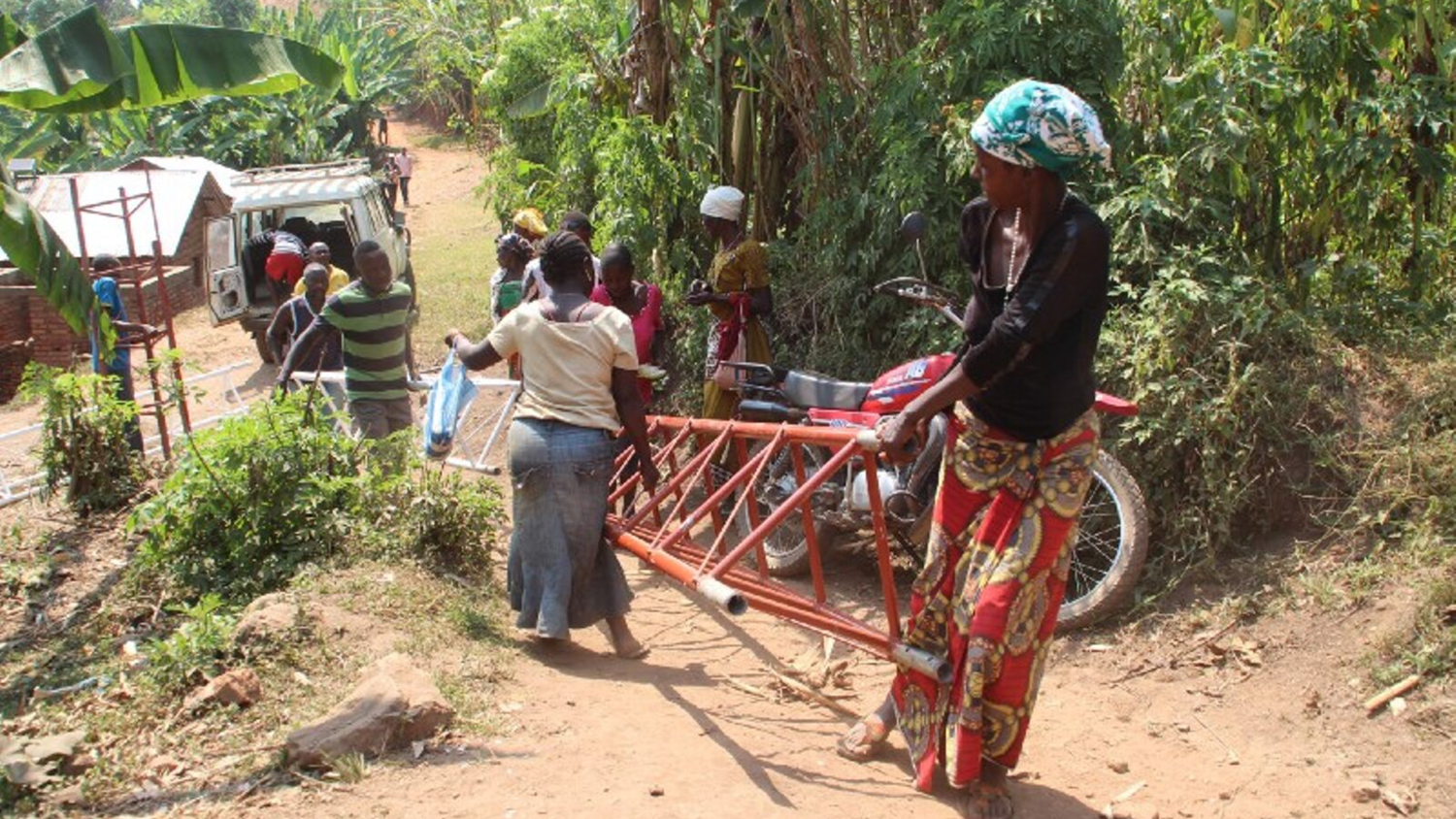 This piece is a version of information highlighted by La Différence as part of the project "Connecting the Unconnected: Supporting community networks and other community-based connectivity initiatives" for the Seeding Change column, which presents the experiences of APC members and partners who were recipients of funding through APC's catalytic interventions grants, and of subgrants offered through other APC projects and staff working on subgranting in the organisation.