How are APC members improving their communities' lives? In this column we're highlighting stories of impact and change by our members, supported by APC subgranting. Find out about the strong and community-owned infrastructure that Zenzeleni Community Networks has created to provide rural villages with internet connectivity in South Africa.

With community roots informing wider engagement with telecommunications and digital innovation sectors, Zenzeleni Community Networks is building change: since 2012, this community network has been growing its capacity to provide internet access while generating a local source of income alongside community members in South Africa’s Eastern Cape province, a region crossed by historical discrimination and profound inequalities.

Zenzeleni means "do it yourself" in isiXhosa. The name couldn't be a better representation of the trajectory of this initiative that has evolved by responding to communities’ self-defined needs and opportunities. It started in the Mankosi community as a local wireless intranet providing free voice services and expanded over the years, overcoming several barriers, to offer affordable and reliable internet connectivity within several communities in a social entrepreneurship model. It has since expanded to another village, Zithulele, also in the Eastern Cape.

Zenzeleni Community Networks is made up of community cooperatives and a non-profit company (NPC). Each has a role in providing affordable, quality and meaningful connectivity. While supporting the development of a rural digital ecosystem geared towards bridging the digital divide, Zenzeleni NPC also advocates for the right to access, digital equity, service equality and diversity of expression. And they are building partnerships to advocate for meaningful policies and regulations that enable community networks to establish themselves and grow in different contexts.

The beautiful landscapes of Eastern Cape province have staged sad chapters of history. “Like many other areas in the Eastern Cape and other parts of South Africa, these communities were deliberately and systematically underdeveloped by the racist and oppressive colonial and, later, apartheid regimes. They are characterised by extremely high unemployment, deep levels of poverty, high rates of out-migration by people of economically active ages, and a lack of economic infrastructure beyond the presence of general stores (which stock very basic products) and some limited tourist accommodation”, informs the 2018 Global Information Society Watch chapter about South Africa and Zenzeleni's experience.

According to the publication, at the time, telecommunications accounted for around 25% of the monthly expenses of these village residents, who lived on around USD 1 per day, relying on government old-age and childcare grants or on remittances from relatives working in urban areas. While income was missing, it was estimated that 15 communities within the broader area around Zenzeleni collectively spent over USD 1.5 million on telecommunications annually – an amount  mostly pocketed by large telecommunications companies. Beyond the need for communications and income, many villages have suffered from lack of electricity for many years, which is needed to keep the network infrastructure running and to charge phones and other devices.

Zenzeleni Community Networks built a model that seeks to address local needs and put community members at the centre. The initiative was born in 2012 through a partnership between the University of the Western Cape (UWC) and the local tribal authority of the Mankosi community. Masibulele "Jay" Siya, a local community activist who was involved in its foundation, continues to play an integral role in bringing connectivity services to the Mankosi and Zithulele villages.

Through the years, Zenzeleni Community Networks has evolved two parallel functions: the umbrella non-profit company, Zenzeleni Networks NPC, and the local community-owned and operated internet service provider (ISP), the Mankosi cooperative. The ISP allows the communities to retain their spending internally and significantly cut costs of telecommunications. It created a voucher system to sell reliable Wi-Fi access to residents and also to tourists visiting the area.

Nowadays, Zenzeleni offers mobile charging stations using solar energy technologies and runs a quality, high-speed internet service, comparable to the country’s most developed urban centres. It has connected more than 13,000 people and 10 institutions and provided important support in the face of the COVID-19 pandemic. Not by chance, the community members welcome its growth: “Sifuna uZenzeleni anwenwe nje ngomlilo” – or  “we want Zenzeleni to spread like fire”, said Nontsokolo Sigcau, Mankosi Cooperative headwoman. Locally known as Mama Sigcau, she is one of the community members in charge of the local network infrastructure and decision making by the cooperative. 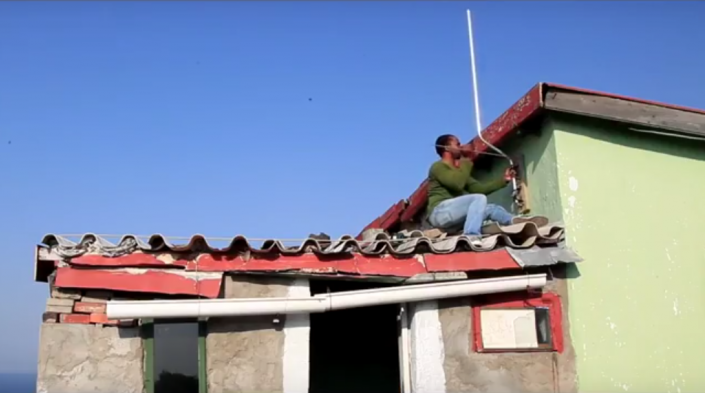 Flexibility to adapt and face the unexpected

As a member of APC since 2017, some of Zenzeleni Networks NPC’s work is supported through subgranting. “We have really been able to deepen our human capacity and relationships between community members and experts. For us this is the most important aspect of what we do, and the most difficult to do, as experts and communities are often in different locations and have to deal with very different realities”, said Soledad Luca de Tena, Zenzeleni Networks' acting CEO.

To translate funds in meaningful ways to enable members to advance their mission, “supporting and funding people’s work, not only new equipment or a project activity, is something that is super valuable, and really impacts on the health of the organisation and the impact of the project”, she added.

Zenzeleni Networks also credits subgranting responsiveness for changes in the project, allowing them to meet specific and local needs as they arise. “In one year things in the organisation and its environment can change a lot. If you cannot adapt to the scenario as it is in the implementation phase, you are constantly fighting between meeting the donor needs and the real needs”, explained Soledad.

A deep and sad change in one year's time was especially visible worldwide in 2020 in the face of the COVID-19 pandemic. “As the COVID-19 lockdown ensued, inhabitants working, studying or seeking work in cities returned to their rural family homes. Zenzeleni played a vital role in providing continuity to residents’ urban lives, by adding network infrastructure to extend the community access points and ensuring free and open access to education websites, including all of the nation’s universities and further education colleges”, informs an article written by Soledad Luca de Tena with researcher Nic Bidwell.

Zenzeleni Community Networks adapted quickly and played a vital role in the region by adding network infrastructure to extend the community internet access points, seeing its usage tripled with the pandemic. The ISP also ensured free and open access to several websites, such as for education and public health, and started to raise awareness of health strategies that matched local circumstances.

Its trajectory shows that community networks go beyond providing internet connectivity. They can also bring other development models and be better placed to respond to emerging challenges, considering local needs and diverse realities lived. Zenzeleni’s local roots are the key to creating changes locally and to seeding inspiration towards a more inclusive approach to access worldwide.