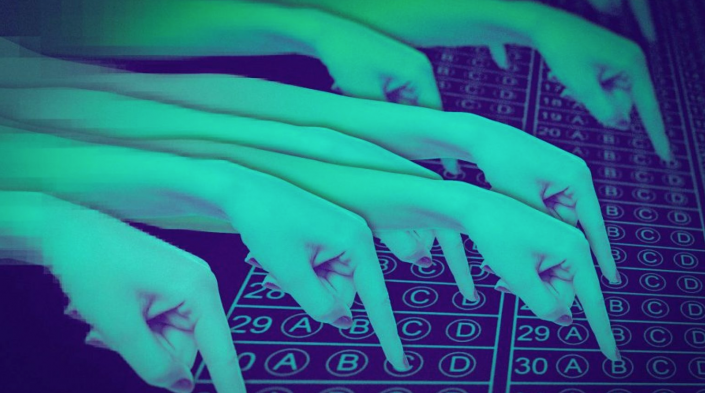 Islamabad, 8th September 2020: Media Matters for Democracy stands in solidarity with women journalists who have released a statement highlighting the prevailing trend of continued digital violence from supporters of all political parties and different public and state institutions. The statement, endorsed by over 150 journalists and various networks and representative bodies highlights the abuse that women journalists face when they report or share work and opinions that are critical of any party, institution, or public body.

MMfD has worked extensively on issues threatening journalists’ safety and freedom of expression in Pakistan and stands witness to the escalation in the instances of hate speech, incitement to violence, and graphic sexual abuse that is hurled towards women journalists. We extend our support to the women journalists taking a stand against this abuse and urge the government, political parties, public, and state institutions and election commission of Pakistan to acknowledge the issue and find ways to effectively deal with it.

We remind the government, political parties, and public and state institutions to remain cognizant of their responsibility towards the creation and promotion of a value system that is democratic, inclusive, and tolerant. We request representatives of government, political parties, public and state institutions to remain mindful of the impact their public speech has on the ethos that is created online, we request them to call out, unfollow and reprimand individuals, affiliates, and supporters who turn to hate speech and incitement to discredit and intimidate any journalist who is critical.

We also reiterate the demands made by women journalists and call upon the government and all political parties to:

1 – Immediately draw up and adopt a code of conduct for social media teams of political parties, public bodies, and other public/state institutions.

2 – Investigate within to identify networks that have been prominently engaged in launching and running coordinated attacks, hashtag campaigns, and abusive campaigns against women in the media. We also call upon the Election Commission of Pakistan to direct all political parties to have declared and transparent social media setups under the Right to Access to Information Act, 2017.

3 – Initiate investigation and take action against those officials for whom there is evidence available that they are directly or indirectly engaged in discrediting and harassing women in the media.

4 – Whenever a journalist lodges a complaint with the Federal Investigative Agency (FIA) or the police regarding intimidation, threats and other forms of digital abuse, the case(s) should be processed fairly and efficiently, without any pressure to withdraw or an environment of victim-blaming.

6 – Ensure that the Journalist Protection Bill is cognizant of the digital threats and violence against journalists and facilitate effective investigations of digital crimes against journalists. All stakeholders and those involved (as mentioned in para 2) should be made to adhere to a culture of no tolerance to digital abuse.

In the end, we remind the government that the statement by women journalists, and this statement identifies an issue that is linked to political culture and points towards a lack of ethics. It is important that the discourse and the solutions for this issue are discussed in the same vein and these statements are not used as an excuse to bring about more legislation.