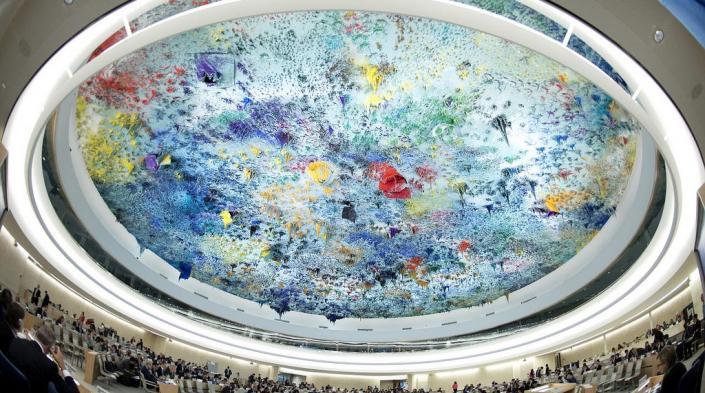 This resolution also represents a major advance on women’s and girls’ sexual and reproductive health and rights as it:

Beyond these major gains pertaining to SRHR, the resolution highlights that discrimination against women and girls persists in all cultures, with different levels of intensity and differing impact, emphasising the impact on women and girls with disabilities and on those who are marginalised or in a vulnerable situation and who face multiple and intersecting forms of discrimination. The resolution builds on the work of the Special Rapporteur on Cultural Rights, expressing regret over the instrumentalisation of tradition or cultural or religious interpretations contrary to the international obligation to eliminate all forms of discrimination against women and girls used to keep women and girls from taking an equal place in society and families or from exercising full control over their bodies and their personhood.

The resolution on the elimination of female genital mutilation (FGM), led by Burkina Faso and Togo on behalf of the Group of African States, also represents a significant advance from previous resolutions on the same theme and for women’s and girls’ rights as it specifically recognises for the first time ever that FGM is a harmful practice that violates, abuses and undermines the human rights of women and girls. The resolution also urges states to strengthen accountability frameworks and access to justice for the effective implementation and enforcement of laws aimed at preventing and eliminating all forms of FGM. The resolution also recognises that FGM and all other harmful practices are mainly motivated by gender inequality and patriarchal social norms that undermine the recognition, enjoyment and exercise of the human rights and fundamental freedoms of women and girls, and that harmful practices constitute a human rights violation and a form of violence against women and children.

In line with international human rights standards, the resolution also critically recognises that FGM constitutes torture or ill-treatment and should be prohibited and that the trend towards the medicalisation of female genital mutilation does not make it acceptable and urges states to condemn medical acts related to FGM performed within or outside of medical institutions.

Women and girls access to information online and ICT technologies was recognised as critical to enable them to make informed and autonomous decisions in matters regarding their own bodies, lives and health, including their sexual and reproductive health and reproductive rights.

The resolution also calls upon states to implement comprehensive sexuality education as an important strategy to modify the social and cultural patterns of conduct of men and women of all ages, to eliminate prejudices and to promote and build decision-making, communication and risk reduction skills for the development of respectful relationships based on gender equality and human rights.

Although they have been reaffirmed as key human rights by United Nations Treaty Monitoring Bodies (TMBs), by United Nations Special Rapporteurs (UNSRs), by several Human Rights Council (HRC) resolutions and by the Maputo Protocol and are reflected in most national laws and policies, some states at the Human Rights Council continue to contest the sexual and reproductive health and rights of women, girls and adolescents.

The major gains achieved through the leadership of the core groups driving these resolutions at this session have been won amidst a global backlash against the human rights of women and girls and against their sexual and reproductive health and rights. Indeed, states such as Egypt, the Russian Federation and the Kingdom of Saudi Arabia put forward amendments to delete mentions to comprehensive sexuality education (CSE) and to the right to bodily autonomy in the resolutions on DAWG and VAWG, and to also delete the terms "intimate partner violence" (IPV), "discrimination on the basis of gender" and "sexual and reproductive health and rights" in the DAWG resolution.

The fact that these amendments were either withdrawn after negotiations and revision by core groups or defeated when put to a vote should not minimise the current strategy set forth by some Council member states and anti-rights actors to consistently weaken language on women's and girls’ rights and sexual and reproductive health and rights, thus denying them from the protection they are entitled to under international human rights law. This strategy not only targets resolutions at the Human Rights Council but also the mechanisms of the Council such as the Special Procedures. Member states such as Egypt publicly challenging the mandate of the Working Group on Discrimination Against Women in Law and in Practice (WGDAW) during the adoption of the DAWG resolution, undermines the independence of UN experts and their ability to fulfill their mandate as established by the Council.

We would therefore like to echo the recommendation made by the WGDAW in their last report to the HRC:  today, the human rights community needs more than ever to unite forces to preserve the democratic space and to promote an enabling environment for the respect, protection and fulfilment of the human rights of women and girls. The fight against all forms of discrimination against women and girls must continue until women and girls everywhere obtain full equality in public, political, economic, social, family, cultural and religious life and in health.