"We cannot be what we cannot see": GenderIT.org maps gaps in research in gender and information society

Home / News / "We cannot be what we cannot see": GenderIT.org maps gaps in research in gender and information society 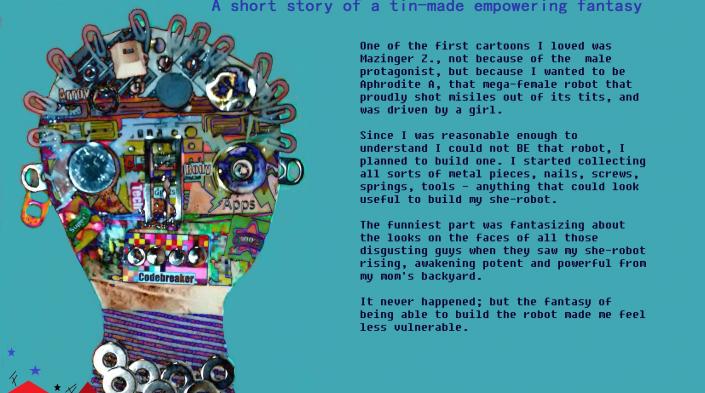 The articles in this bilingual edition point to how visibility, a complicated phenomenon in itself, is the starting point of a different way of being, and how the stories we tell – entangled in the fine wires of technology – are necessary and essential, and could be the foundations for the movement for change.

The title of this edition – "We cannot be what we cannot see" is taken from Kerieva McCormick's moving exploration of how young Roma women and girls deal with, understand, and talk about violence and harassment faced by Roma people, online and offline. This article examines the double consciousness experienced by those who live with the reality of exclusion and discrimination even now in contemporary societies, and the ways in which younger generations navigate hostility and celebrate themselves and their resilience. Read: Observing our Observers in the Age of Social Media: Mentoring resilience from a Romani feminist perspective.

Smita Patil explores the complicated ways in which identities are being formed around new interactive practices, particularly for young Dalit women. This article probes the ways in which caste, gender and ideology/practices of technology are interlinked in India, and how women and young girls from the Dalit community in South Asia (India in particular) are living, sharing and exploring on the internet, and fashioning news spaces and collectives online. Read: Debrahmanizing Online Sphere: On Larger Questions of Caste, Gender and Patriarchy.

In this edition we are also pleased to include the exceptional unique voice of Neo Musangi (preferred pronouns: they and them), living currently in Kenya. Their strong yet self deprecating voice complicates repeatedly what we think we know about gender and sexuality. In this interview Neo talks about various things - sexuality and gender based groups, the women’s movement and feminism, the role of visual and performing art and their disgruntlement with academia, being non binary openly and publicly both online and offline. Read: Expert on my own Experience: Conversations with Neo Musangi.

Koliwe Majama interviews Maggie Mapondera, activist and writer from Zimbabwe. Movements are built around shared stories and passions, and ICTs are one aspect of how momentum is built and sustained around a cause. We must remember that all these online movements are informed by the real and lived experiences of the people on the ground. Here Maggie Mapondera shows how women's stories are powerful and can potentially change the world. Read: Interview with Maggie Mapondera : A feminist internet must always be grounded offline.

In relation to access, we felt that while organisations look at the rural-urban divide, what is often not examined is the particular relation of indigenous people being brought into the mainstream - being 'connected'. Rather than the top-down imposition of connectivity, projects for access should align with their social context and as part of their right to sustainable development and right to equal participation. Read: There is no opting out: Indigenous women in Malaysia and questions of access.

Carmen Alcazar shows how the invention of an exclusive space for women in an editatona (edit-a-thon for women) is changing hegemonic knowledge production online, particularly in Wikipedia. The reason for these events is to deal with the stark difference and lack of representation for women on Wikipedia as compared to men. This is also reflected in that only 10% of Wikipedian editors are women. Carmen Alcazar explores what editatonas do to change that. Read: Editatonas: “I edit, therefore I am”.

Maria Florencia Alcaraz in her article on the massive mobilisation of women in Argentina that spread across Latin America and the world under the banner of Ni Una Menos (Not one woman less) shows how social media and technology can play a role in movement building – paving the way for the ‘Feminist Spring’. This article traces the origins of this fiery and defiant moment that became a hashtag and a movement. Read: #NiUnaMenos: Politicising the use of technologies.

In our mapping study we found that when it comes to research methodology – quantitative and survey based methods dominated the field (especially amongst CSOs), and ethnography, interviews and field based research took place largely within in academia. Inter-disciplinary studies however were not that common, and barring a few participatory video projects there was not much link to film, literature, video and documentary film, and art. We are just not having enough fun!

However the form of personal essay in particular amongst groups and people that find themselves marginalised in structures of knowledge making has become particularly powerful. For instance, in relation to how people with disability navigate gender and sexuality, and sexualness online, the gap is filled by the Sexuality and Disability blog that carries personal essays and resources for people with disability.

While looking for articles we also felt that we had not really focused on young women and girls, their movements and politics – but our writers made up for this gap by repeatedly pointing to how it is young women and girls who are changing the scaffolding and structure of information society.

Another gap in particular that we could not address was on implications of big data and algorithmic decision making around gender and sexuality. While we have covered this in earlier editions, it is difficult to find research and writing in middle and low income countries that looks effectively at this, especially in the context of where projects of national identity cards, biometric voter ids, surveillance projects are in their beginning stages.

This edition is not exhaustive of the gaps in the research of gender and information society, but we hope it is a starting point, a launch pad into what has not yet been explored.