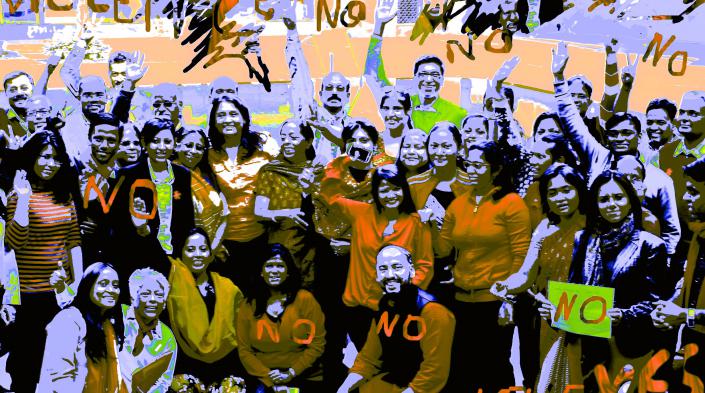 The Special Rapporteur informs that “while the use of information and communications technology has contributed to the empowerment of women and girls, its use has also generated online violence.”

Šimonović flags the need to “examine this recent phenomenon, and the applicability of national laws to it, and to make recommendations for States and non-State actors to fight online violence against women and girls while respecting freedom of expression and the prohibition of incitement to violence and hatred, in accordance with article 20 of the International Covenant on Civil and Political Rights.”

The Special Rapporteur demonstrated her manifest concern about online violence against women earlier this year on 14 March 2016, when she presented an oral report to the Commission on the Status of Women at its 60th session, where she outlined the priorities of her mandate. As part of the concluding remarks, Šimonović highlighted that “violence against women and girls was increasing, and in new and emerging forms, facilitated by the Internet and other communications technology; the importance of international and regional normative frameworks for developing national laws and policies, and some of the common challenges for the implementation of these frameworks, such as sustaining political will and adequate funding; and the fact that impunity and accountability of perpetrators remained a challenge.”

The Association for Progressive Communications Women’s Rights Programme welcomes the manifest concern of the Special Rapporteur in regards this pervasive form of violence that needs to be addressed from a holistic approach.

The mandate holder also explained the importance of relying on the collection of comparable data on the nature and extent of such violence, and recalled that challenges remained in its collection. Šimonović also called to strengthen efforts to implement the 2030 Agenda for Sustainable Development and international and regional instruments, national laws and policies in a comprehensive and holistic manner to ensure that each and every woman and girl lived free from violence.

In her report, and in consonance with the findings in APC’s research on online VAW ‘From impunity to justice’, the Special Rapporteur notes the importance of capacity-building for legal professionals and law enforcement officials, including members of the police, the prosecution and the judiciary, and social workers, on regional and international human rights instruments and institutions, in particular with regard to women’s human rights and violence against women.

Šimonović also states in the report the important role that the mandate has to play in promoting synergies among existing international and regional instruments and systems on violence against women – with the purpose of accelerating and achieving their full implementation – such as the Beijing Platform for Action and the Convention on the Elimination of All Forms of Discrimination against Women with the Optional Protocol, the Declaration on the Elimination of Discrimination against Women and Security Council resolution 1325 (2000), and to follow up on resolutions and/or regional instruments on violence against women, to achieve their full implementation and to accelerate the elimination of violence against women.

She also flags that the implementation of the 2030 Agenda for Sustainable Development, that officially came into force this year in January 2016, provides a fresh opportunity to accelerate progress in achieving gender equality and empowerment of women and girls, and in eliminating violence against women through its Goal 5 on gender equality.