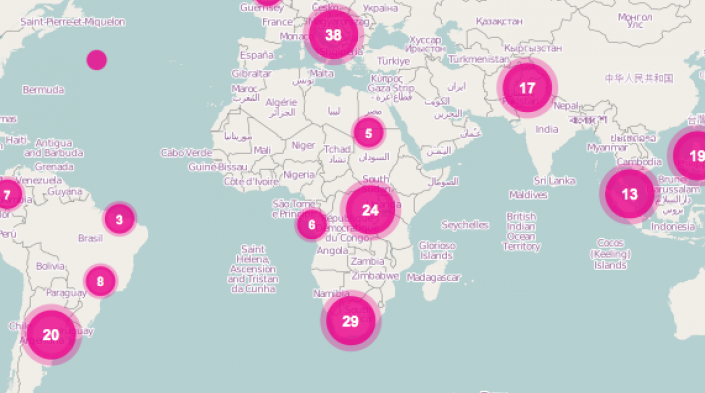 When it comes to violence against women online, or eVAW, it can be difficult to make the connection between violence and online communication. But this new form of violence is increasing at an alarming rate in many of the world’s countries. Violence and abuse enabled by the internet and mobile phone technology remains invisible, with no hard data or facts to prove that it is happening. Most women who have experienced violence online may not even realise it; and those who have often remain silent about it.

For this reason, a new project by APC women addresses women’s rights online and how to empower women to create safe online spaces and develop safe habits in their use of technology. Project partners from Bosnia-Herzegovina (OneWorldsee), Colombia (Colnodo), Kenya (KICTAnet), Mexico, Philippines (Foundation for Media Alternatives) and Pakistan (Bytes for All) met from in early September 2012 to discuss women’s rights and how to end violence online. Partners and coordinators discussed key challenges, next steps and how documentation that uses an online mapping system could impact cases of eVAW in their communities.

Putting eVAW on the (online) map

“This is exciting because it’s the first time that this [kind of map] is being done,” says Jan Moolman, project coordinator. This innovative mapping platform will allow women who have experienced violence online to document their experience. The live, interactive, country maps will help gather evidence of the presence of technology-related violence against women, which will support APC’s larger commitment towards ending violence against women. The evidence gathered will then be brought forward to hold governments, corporations and other actors more accountable.

The maps are significant because they will literally help put online violence on the map for users and policy makers alike. Anyone can report a case of online violence and map its nature, location and more. The data will then be compiled, analysed and taken to policy makers, lawyers, judges and other key actors so that they can make the connection between online communication and increasing threats to vulnerable citizens. Together with governments, corporations and civil society, remedies can be identified and created such as enforcing current laws and regulations or even develop new policies that seek to protect women’s rights, safety and security.

Created with the help of technologists from the open source project Ushahidi, lead developer for the map Robbie Mackay says: “This is a new and unique way for Ushahidi to build a map because of the seven separate country maps coming together to aggregate into one.” Ushahidi, a company that first started as a crowd-sourcing project to map cases of post-election violence in Kenya has worked on a variety of different types of maps since it first started, but this is the first time Ushahidi works to bring together several separate maps into one. “Now that we have the aggregation tool developed, we will also be able to use it for other mapping requests,” he says.

The seven country maps are now live and functional. An overall aggregated map is also available in addition to country-specific maps. View the maps for Bosnia Herzegovina, Colombia, the Democratic Republic of Congo, Kenya, Mexico, Pakistan, and the Philippines.

The seven country maps are now live and functional.

Empowering women to Take Back the Tech!

Another key component of the project will be to campaign and foster leadership among women’s rights organisations byvcreating an online environment and culture that affirms everyone’s right to safety and security, a culture that does not tolerate harmful and violent speech or actions towards women.

Project partners will also participate in the Take Back the Tech! campaign held each year from 25 November to 10 December, which is a global call for everyone, especially women and girls, to take control of technology to end violence against women.