Multistakeholder models that start with I: ICANN’s bottom-up oversight 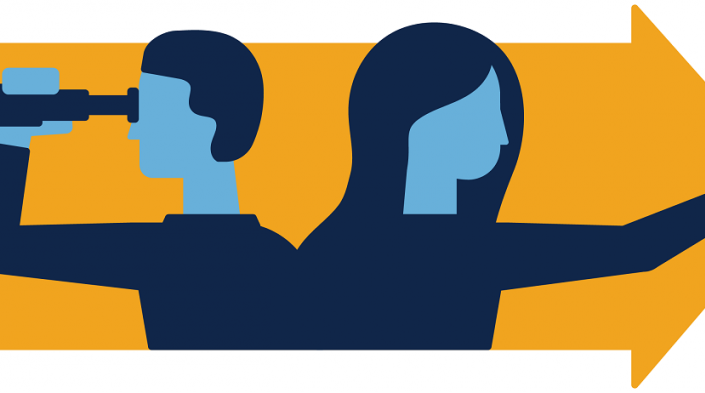 This note [1] describes the Internet Corporation for Assigned Names and Numbers (ICANN) Accountability and Transparency Review Team (ATRT), which serves as the premier component of ICANN’s bottom-up multistakeholder community process oversight mechanism, as mandated by its articles of incorporation.

Why the ATRT is important

The ATRT was created as a way by which the community [2] could have a definitive say on the way the Board and staff serve ICANN needs, and on how they interact with the community. It is the foundation of what can be defined as bottom-up oversight of ICANN and is a key to ICANN’s function as a multistakeholder institution. The ATRT reviews are the method by which the ICANN community reviews its Board and, by extension, the staff as a whole, to see if they are living up to their requirements in an effective, open, fair and transparent manner consistent with the obligations defined in its articles of incorporation and its bylaws. This bottom-up oversight it is the essential to the framework that legitimises ICANN as accountable to the community.

The ATRT was first formed as part of the NTIA United States National Telecommunications and Information Administration (NTIA)'s Memorandum of Understanding (MOU) and the Joint Project Agreements (JPA) with ICANN. With the Internet Assigned Numbers Authority (IANA) transition, the ATRT was imported into the ICANN bylaws as a specific review that is a required part of the accountability requirements taken on by ICANN as part of its transition away from US oversight. The bylaws read:

(A) assessing and improving Board governance which shall include an ongoing evaluation of Board performance, the Board selection process, the extent to which the Board's composition and allocation structure meets ICANN's present and future needs, and the appeal mechanisms for Board decisions contained in these Bylaws;

(B) assessing the role and effectiveness of the GAC's interaction with the Board and with the broader ICANN community, and making recommendations for improvement to ensure effective consideration by ICANN of GAC input on the public policy aspects of the technical coordination of the DNS;

(C) assessing and improving the processes by which ICANN receives public input (including adequate explanation of decisions taken and the rationale thereof);

(D) assessing the extent to which ICANN's decisions are supported and accepted by the Internet community;

(v) The Accountability and Transparency Review Team should issue its final report within one year of convening its first meeting.

The ATRT’s role in ICANN

Some look at the the ATRT reviews primarily in terms of the expense to ICANN or in terms of workload. While the budget is always a concern in an organisation and the workload on ICANN community and staff workers can be enormous, the ATRT reviews are so much more, as they were designed to measure the Board's and the organisation’s adherence to the articles of incorporation, which commit to the global public interest as determined by the bottom-up multistakeholder processes of the community, the bylaws, and to the promises made to the community. In an organisation which maintains a global accountability, but one where no one external institution is suitable to provide external oversight, the accountability oversight must come from the community itself. Adherence to the bylaws mandating that the ATRT be run regularly were also one on the conditions governing the transition to stakeholder independence from US government oversight.

Some mistake the ATRT with the second phase of the “Enhancing ICANN Accountability” process, still a lingering part of the IANA transition, called Work Stream 2 or WS2. While an ATRT can make improvement recommendations, it does so only after a thorough review of existing practice. The WS2 Accountability recommendations, however, are aspirational on the part of the community – the accountability and transparency for ICANN, as the community would like to see it.

The upcoming ATRT review, the third in the series – ATRT3 – will provide the basis on which the accountability recommendations of WS2, once complete, can be measured. What ATRT3 will review is the current state of ICANN accountability before the new WS2 recommendations are implemented and deployed. ICANN will have the needed basis for comparing future improvement as well as judging the effectiveness of past staff implementations of previous accountability recommendations. During the work of the WS2 Accountability process, ATRT3 was delayed and rescheduled from its every third year requirement under the MOU/JPA to every five years, as was defined in the new bylaws. ICANN is now at that five-year mark.

After the initial ATRT review was completed in 2010, the most important duty of ATRT2 in 2013 was to determine the extent to which the recommendations from the previous ATRT had been implemented and whether they had been effective in achieving their intended goals. In the case of ATRT2, 12 recommendations were made. Nine of these referred to the recommendations made by the first ATRT that needed a degree of remediation. These recommendations covered: measures for determining the quality of Board members and metrics for measuring the Board’s effectiveness; a review of redaction standards for document disclosure and methods for appealing those decisions; methods for Government Advisory Committee (GAC) and Board interaction; ways for improving the public comment process; and the role of the ICANN ombudsman function.

In ATRT2’s review of the results of ATRT1 implementation, they had found many things done well, but had also found deficiencies in some areas. It is important that the results of implementations be reviewed and corrected, otherwise the oversight capabilities of the community through the ATRT become meaningless. ATRT2 also made three new recommendations that concerned cross-community deliberations, the effectiveness of reviews, and financial accountability and transparency.

Another responsibility of the ATRT reviews is to check on the functioning of other reviews and to make recommendations for their improvement. ICANN has recently experienced a situation where too many reviews have been occurring at the same time due to their schedules having become synchronised on a five-year cycle. Recommending fixes to such situations was one of the tasks that were defined as in scope for an ATRT. This coordination by the ATRT of the various reviews done on the structures and groups within ICANN is key to the well-being of the ICANN bottom-up oversight system and is a fundamental part of its support of ICANN’s implementation of a multistakeholder model.

There is currently an ongoing public comment on whether ATRT3 should be further postponed for another year, though there are no guarantees in regard to future delays, as this would be the second decision to delay ATRT3. The comment period ends on 6 July 2018. The community has a chance to confirm its use of the ATRT as a mechanism for oversight over ICANN or to let it slip a bit. As always, every ICANN comment is open to anyone in the world who wishes to express their stake in the governance of ICANN. To contribute to this the public comment click here.

[2] Community is a fascinating concept that is often discussed in ICANN. Who do we mean when we say “community”? In this case it has at least two components. At its core, it is composed of the open groups who participate day in and out trying to recommend and advise on ICANN policies and practices. In a larger sense it is those from around the world in general who claim their stake in ICANN by attending online webinars, reading the draft recommendations, and sending in comments during frequent comment request periods.