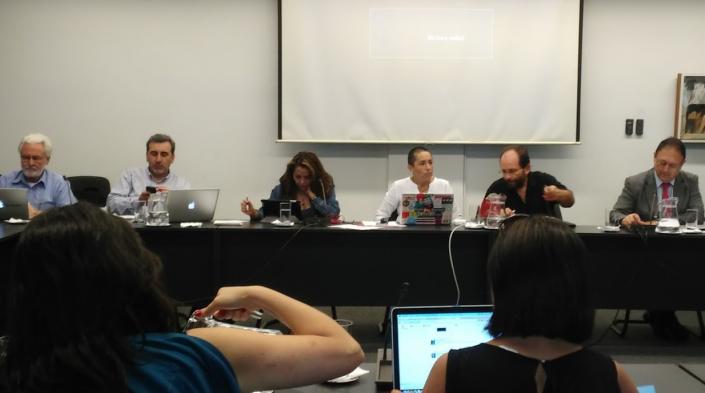 Explosive growth in the use of information and communication technologies (ICTs) promises greater availability of information and potential for freedom of expression. However, the technological changes that are leading to the convergence of broadcast and broadband media are also resulting in massive industry consolidation and cross-ownership of electronic media platforms. Satellite and cable TV broadcasters have become internet access providers, traditional TV channels are increasingly being delivered over broadband, and mobile operators are now often the gatekeepers of content for the general public. Combined with the imminent analogue-to-digital broadcasting switchover in the region, there are growing concerns that these dynamics threaten to constrain the potential for media diversity and greater access to information.

To discuss these issues and identify the policy and regulatory strategies needed to strengthen media plurality in this new environment about 30 civil society experts from eight Latin American countries are gathering in Montevideo, Uruguay this week. The two-day workshop on 3-4 Feburary is being hosted by the Latin American media observatory, OBSERVACOM, with financial support from APC’s Latin American Digital Migration project.

The project is supported by a grant from the Open Society Foundations, and aims to help foster local civil society responses to digital broadcast media issues that have up until now been largely debated among industry representatives and governments, and mainly from within a broadcasting perspective. In this respect the workshop aims to support awareness raising of civil society groups around emerging national policy issues relating to the convergence of electronic media ecosystems of broadcast and broadband in Latin America.

The workshop includes renowned experts such as lawyer Edison Lanza, who is the special rapporteur on freedom of expression of the Inter-American Commission on Human Rights (IACHR).