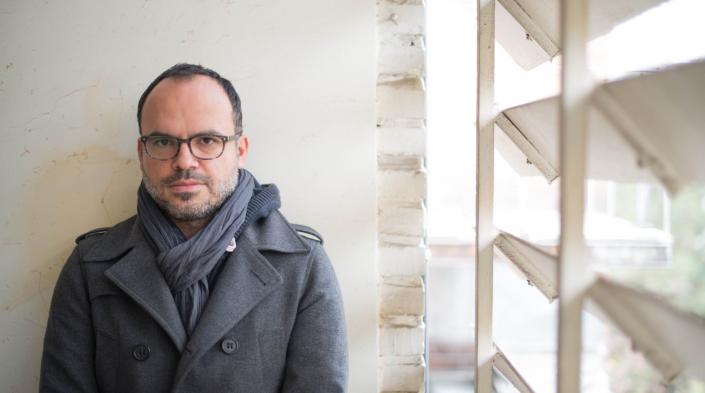 "The rich, diverse, free web that I loved  –  and spent years in an Iranian jail for –  is dying. Why is nobody stopping it?” Iranian-Canadian blogger Hossein Derakhshan wrote shortly after he was released from Evin prison in northern Tehran. Credited with introducing the blogging culture to Iran, Derakhshan spent six years isolated from the web he had contributed to building. When he went back to the internet, what he found was appalling.

APC’s Leila Nachawati Rego talked to Derakhshan about the state of the internet, the free web, and the ways to move forward to protect what is left of it.

APCNews: A few months ago you wrote about the internet you found after six years in jail, isolated from the world. Now that you have had more time to assimilate the changes, is your perspective the same?

HD: Yes, and even more so. I think the web is dying and we can’t save it. For two reasons: mobile apps and social networks. Now we should focus on two things. First, interconnecting apps using a universal standard that gives a URL to each piece of information on apps. And second, we need to push social networks to diversify their streams to include wider voices and encourage more engagement and debate among different or opposing views. Daesh or ISIS and other radical groups benefit a lot from these ideological bubbles that closed social networks, especially Facebook, create to recruit sympathisers and to radicalise them.

APCNews: We heard you say that back in 2008, “the hyperlink was your currency”, one that made it possible “to abandon centralisation”. What is the online currency today?

HD: Dollars, to be honest. Large numbers of followers no longer translate into more visibility, necessarily. More and more social networks force us to pay them to reach bigger audiences. Especially for new users or for non-personal accounts. And this was part of their business model from the very beginning.

APCNews: The dystopian reality that you mirrored is frightening, but we seem to have grown used to it. Will the increase in surveillance after the recent Paris attacks speed this process up?

HD: Yes, but we won’t see a difference, except when we want to travel. We have to assume now that everything we do or say while we are somehow connected is recorded and could be one day used against us, either by the police or security apparatus or by credit and insurance companies.

APCNews: Some argue that the free, diverse, rich web was always a fantasy, a utopia that could never be realised and that we now idealise. What do you say to that?

HD: It is not that black and white. But at the same time technology is not neutral. The new trends in internet technologies are less in favour of diversity and openness, decentralisation and debate than before the social networks’ emerging hegemony. And I don’t think anyone can deny that. As Lawrence Lessig has famously said, code is law on the internet, and the new codes are resulting in very different conditions from older codes.

APCNews: With such a bleak scenario, what can we save what is left of “the rich, diverse, free web that we loved”? What would you share with the APC community in terms of ways to move forward, protect what we have?

HD: My only hope is that champions of an open web come up with new ideas that are both compatible with new trends and their own ideals. Decentralised, open, diverse and intellectually rich social networks can be possible with different codes and concepts. They only need to go beyond dominant conventions of social networks.

I think APC should encourage coders to invent new social networks. One key aspect is to make hyperlinks valuable again. Coders should make it easier to put hyperlinks in text, as I briefly suggested here.

Also, we should all raise awareness about the consequences the current trends have for the general public, through debate and through other powerful tools like art. I think art can be very effective in this regard and that’s why I’ve started Link-age, which is a collaborative art project to promote an open and diverse internet, and which welcomes proposals from all around the world.