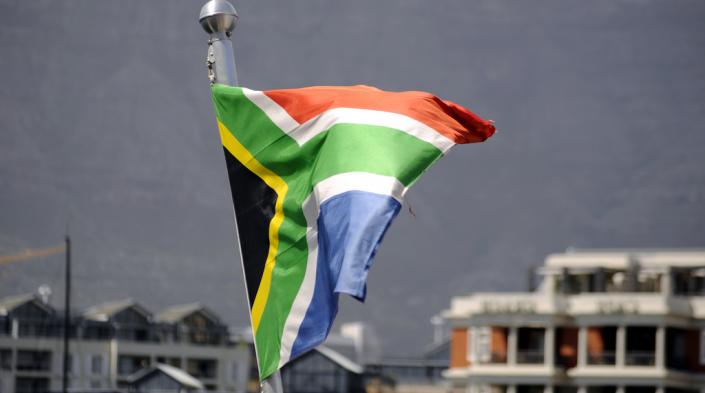 Although internet intermediaries in South Africa are fairly protected against liability for their users’ content or behaviour on their platforms and networks, this comes with some rules that they have to abide by. Two years after the publication of an APC research report on intermediary liability in South Africa, APCNews talked to researchers Alex Comninos and Andrew Rens about the current situation in the country.

What are the new challenges currently faced by the country in terms of intermediary liability?

Alex Comninos: The first challenge is section 77 of the Electronic Communications and Transactions Act. This section governs take-down procedures and allows content to be removed without any notification for the third party (content creator/uploader), and without explicitly giving them a chance to oppose the take down. So if I wanted to take down things you said about me for no legitimate reason, I could contact the ISP about the issue, the ISP would talk with me and would respond to my take-down request, but they wouldn’t have any obligation to inform you, nor would you be afforded any recourse.

What are the current internet issues in South Africa?

Alex Comninos: Take downs is one important issue, as is violence against women on the internet. There is also the Film and Publication Board that can be used to censor things for political purposes. For example, the Zuma “The Spear” painting, an image that depicted the president looking like Lenin and with his genitals made prominent, was initially classified as unsuitable for people under 16.

There is still a big grey area when one uploads video content on the internet, since the board has to go through every piece of content uploaded in the country and classify it. Intermediaries such as internet access providers or internet service providers may be considered liable for “knowingly” distributing age-restricted or censored content under the Films and Publications Act. I think that internet intermediaries need to be exempt from responsibilities and obligations for vetting third-party content on their networks that they are not aware of.

Andrew Rens: There are a number of important legal questions that need attention in the process of reforming the ECT Act. For example, provisions that criminalise certain conduct with respect to computers. The current provisions are far vaguer and prone to abuse than those used to prosecute Aaron Swartz. But these issues are neglected by almost everyone.

The IT sector is primarily concerned about bandwidth and interconnection. What has been in the public eye is mostly liability for defamation online using social media. South Africans have been shocked when two court cases showed that they cannot defame people with impunity using social media. In one decision the judge simply required the person who posted the message to remove it without involving the service provider. But neither of these cases involved anonymous speech nor indeed speech that raises freedom of expression issues.

What is the current situation regarding the three strikes policy recommendation by the country’s Copyright Commission to the Internet Service Providers’ Association (ISPA)?

Alex Comninos: Regarding the proposed disconnection of repeat offenders, the Copyright Review Commission Report had proposed that repeat offenders be disconnected in their third attempt as a way to counter copyright infringements in the form of downloads. There has been no mention of it, possibly because the policy is less popular among South Africans and South African politicians after having seen much negativity by users towards such policies throughout the world. Also, to enforce a repeat offender disconnection policy won’t be an easy task because you would have to change the ECT Act and other pieces of legislation.

In terms of alternatives for the users, it is important to know that there are very few legal download and streaming opportunities, if you compare it to development in other parts of the world like Europe and the US. This has to do with legislation and regulations enabling streaming. Our copyright regulations may have to be updated for streaming and also to allow licences to be granted for that more easily.

Is there currently any other body/group apart from the ISPA that enjoys safe harbour provisions under the ECT Act?

Alex Comninos: To the best of my knowledge, non-members of the ISPA don’t have any form of safe harbour (that is, regulations that protect intermediaries from potential liability) in South Africa.

Of course it is not clear that service providers are liable for many of the things for which they seek safe harbour. For example, “indirect” copyright infringement in South Africa is not the broad category it is in the US, but a small list of very specific acts, and there have never been any cases in South Africa holding ISPs liable at all. It may be that section 16 of the Bill of Rights requires that ISPs shouldn’t be liable at all [section16 is the right to freedom of expression]. No court has decided these issues.

But I am concerned that courts are under-prepared to rule on these issues because there are no entities to make constitutional arguments and to educate courts on the internet, especially its role in human rights.
South Africa urgently needs something like the Electronic Frontier Foundation (EFF) in the US, which conducts litigation to ensure the internet is free.

Based on the recommendation you made in the report, are there any recent considerations to afford conditional liability to internet intermediaries who are non-members of the ISPA?

Alex Comninos: Presently, non-members of the ISPA in South Africa do not enjoy any form of conditional liability. There haven’t to my knowledge yet been any considerations.

What is the impact of the current regulations on citizens?

Alex Comninos: I believe the first impact is somewhat unseen. We do have basic protection for most intermediaries that offer the services we need to operate on the internet.

The second impact is that the citizens are not protected when they create content, so they need to be careful about the discussions that happen on their blogs and self-regulate them. However, because most of the social platforms we use on the internet [like Facebook, YouTube and Twitter] are not based in South Africa, we are subjected more to the policies of the legal and regulatory environment of the countries where they are hosted rather than our own.

How is it affecting their internet experience?

Alex Comninos: Whether intermediaries are protected or not can profoundly affect the freedom of users on the internet beyond the information they can access as well as their protection from many kinds of harmful internet content.

Why is this an issue that matters to them?

Alex Comninos: If intermediaries weren’t provided liability, they would be in many cases too afraid to host internet content for people. There would be a lot less content on the internet and we wouldn’t have the information society and knowledge economy that we have today.

When intermediaries are afforded liability, then, we have a free and open internet. It also matters because the mechanisms of intermediary liability can allow for citizens to protect themselves from harmful internet content, that is, to protect their own rights online.

Why have the responses of internet intermediaries to technology-related forms of violence against women been so inadequate in South Africa?