Human Rights Council #HRC29: What is at stake for internet rights?

Home / News / Human Rights Council #HRC29: What is at stake for internet rights? 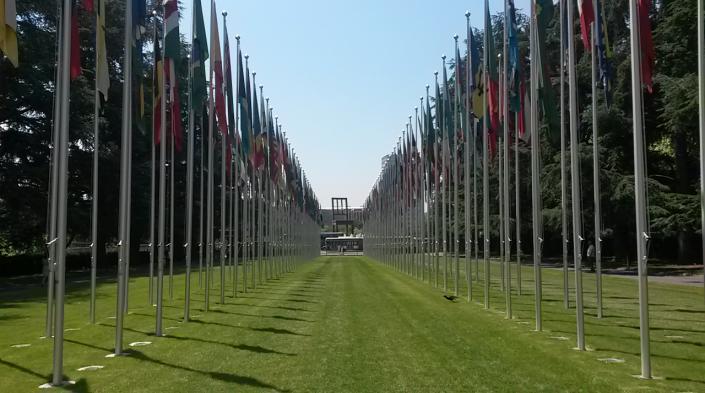 The 29th session of the Human Rights Council is taking place from 15 June to 3 July in Geneva. Internet rights will be prominent on the Council’s agenda, with the release of a number of reports relating to the internet, including a new report on encryption and anonymity by the UN Special Rapporteur on freedom of opinion and expression. Continuing a trend we have seen for several sessions now, the Council is addressing internet rights beyond the scope of freedom of expression. In particular, this session will see the presentation of two reports relating to women’s human rights, recognising technology-related violence against women and discrimination against women online.

Additionally, Armenia, Guyana, Kuwait, Sweden and Turkey will accept recommendations to improve their policies on human rights online, through the adoption of the outcomes of their reviews under the Universal Periodic Review. This session will also see the appointment of a new UN Special Rapporteur on the right to privacy, following the successful resolution to create this mandate holder at the last Human Rights Council session in March.

The Twitter hashtag for the session is #HRC29, and plenary sessions will be live streamed and archived on this link.

Reports from this session referencing the internet

In his first report to the Council, UN Special Rapporteur on freedom of opinion and expression David Kaye asserted that strong encryption and anonymity are fundamental for the protection of human rights in the digital age. Recognising that discussions of encryption and anonymity have all too often focused only on their potential use for criminal purposes in times of terrorism, Kaye highlighted that encryption and anonymity also provide individuals with a means to protect their privacy, empowering them to browse, read, develop and share opinions and information without interference. In particular, these tools are critical for vulnerable groups, such as journalists, civil society organisations, and those persecuted because of their sexual orientation or gender identity, among others, empowering them to exercise the rights to freedom of opinion and expression.

Importantly, Kaye makes an explicit link between the use of encryption and anonymity tools (such as Tor) in order to circumvent censorship and the ability to develop and form opinions. He contends that restrictions on such tools may interfere with the ability of individuals to hold opinions, which is an absolute right. The report also highlights that encryption is important for advancing the rights to education and “to share in scientific advancement and its benefits.”

The Special Rapporteur warns that states should not impose blanket prohibitions on encryption and anonymity, as such prohibitions are neither necessary nor proportionate. States should also “avoid all measures that weaken the security that individuals may enjoy online, such as backdoors, weak encryption standards and key escrows.” States should refrain from making identification of users a condition for access to online services or SIM card registration for mobile users, as well as from limiting access to anonymity tools.

The report concluded that restrictions on encryption and anonymity must be strictly limited according to principles of legality, necessity, proportionality and legitimacy in objective. Kaye referenced the International Principles on the Application of Human Rights to Communications Surveillance (also known as the 13 Principles) as “compelling demonstrations of the law that should apply in the context of the digital age.”

The Special Rapporteur made a number of recommendations to states, including promoting strong encryption and anonymity; revising or establishing laws and regulations to ensure that restrictions are only made on a case-specific basis and in line with the principles outlined above; refraining from the use of blanket bans; and refraining from requiring SIM registration. The report also encouraged digital literacy to promote the widespread adoption of encryption and anonymity tools, and recommended that companies review their practices with regard to their responsibility to respect human rights and specifically consider their real-name policies.

The UN Special Rapporteur will present his first report to the Council on Wednesday, 17 June.

For a more detailed view from Access, APC and others on the issue of anonymity and encryption, see our submissions to the Special Rapporteur’s report.

Regarding Internet violence, a recent study found that many women and girls had been exposed to harmful behaviours online, including humiliation, harassment, intimidation and “sexting” as a form of bullying. Furthermore, interviewees stated that boyfriends commonly published, and/or threatened to publish, photographs of consensual sexual activity to harass and manipulate women and even force them to engage in sexual activity with the boyfriend and/or their friends.

The Working Group on discrimination against women in law also voiced concern in its report regarding the online dimensions of gender-based stereotypes. The report, which will be presented on Thursday, 18 June, noted that “[t]he sexist stereotypes present in the media, on the Internet, in audiovisual productions and in video games contribute to the perpetuation of a culture of discrimination and violence against women,” and warned that “[f]ailure to eliminate these stereotypes leads to the generalization of practices that are harmful to women and girls.”

Following on the UN High Commissioner for Human Rights’ landmark report at the 19th session of the HRC in March 2012 (A/HRC/19/41), the Council passed a resolution in September 2014 which requested the Office of the High Commissioner for Human Rights (OHCHR) to update the report to share good practices and ways to overcome violence and discrimination, in application of existing international human rights law and standards. The report, which will be presented on Monday, 22 June, notes that UN experts continue to express their alarm at non-lethal violence directed at individuals on the grounds of their sexual orientation or gender identity. The examples given by the report include cases of gay men who have been kidnapped, beaten and humiliated, with film clips of their abuse shared on social media, and of lesbians assaulted and raped because of their sexual orientation.

The annual report of the Working Group on human rights and transnational corporations, which will be presented on Tuesday, 16 June, includes an addendum on identifying emerging approaches and lessons learned in corporate respect for human rights, reflecting on discussions held at the 2014 Forum on Business and Human Rights. A section of the addendum is focused on privacy and freedom of expression on the internet, using the case study of Ranking Digital Rights and “its engagement with Microsoft to strengthen protection of the right to privacy and freedom of expression for Internet users.” The specific human rights issue in question focused on how telecommunications companies providing web and voice services over the internet respect the freedom of expression and privacy of users. This is a concern worldwide, and is often characterised by a situation in which companies are stuck between demands from a government and the concerns of a company’s users or customers.

This report of the High Commissioner for Human Rights on the sharing and exploration of the full range of legal options and practical measures to improve access to remedy for victims of business-related human rights abuses could be an important initiative for remedy of internet-related rights violations by companies, such as network shutdowns, in the light of the recent joint statement declaring that internet kill switches can never be justified under human rights law. The report, which will be discussed on Monday, 22 June, presents information on the accountability and remedy project of the OHCHR on corporate accountability and access to judicial remedy in cases of business involvement in severe human rights abuses.

The annual report of the Special Rapporteur on extrajudicial, summary or arbitrary executions Christof Heyns, which will be presented on Thursday, 18 June, observed that ICTs can play an increasing role in the protection of all human rights, including the right to life. For example, technology can be used to secure accountability or to ensure visibility and mobilise support for persons in immediate danger. Heyns also noted that increasing digital capacity is greatly enhancing the ability of ordinary people to participate in human rights monitoring. He contends that “ICTs create opportunities for pluralism that can democratize the process of human rights fact-finding, as well as offer mechanisms of social accountability that citizens can use to hold States and others to account.”

Reports from the Universal Periodic Reviews (UPR) that took place in January 2015 will be adopted at this session, from 24 to 26 June. Several states received recommendations specifically relating to the internet and social media.

The outcome of Armenia’s UPR will be adopted on Thursday, 25 June. Armenia received one recommendation from Estonia to protect freedom of expression offline and online.

At its review, Guyana received one internet-related recommendation from Estonia to “respect and protect the right to freedom of expression online and offline and bring its national legislation fully in line with international standards, including by decriminalizing defamation; and to develop self-regulatory mechanisms of the media.” The outcome of Guyana’s UPR will be adopted on Friday, 26 June.

Kuwait received recommendations from Estonia and Italy to guarantee the right to freedom of opinion and expression online, including revising relevant laws, repealing the arrest of bloggers, and allowing the use of social media without undue restrictions. The outcome of Kuwait’s UPR will be adopted on Friday, 26 June.

The outcome of Sweden’s UPR will be adopted on Friday, 26 June. Eight states, including China and Cuba, expressed concern over the increase in discrimination and hate speech through the internet. Turkey, Bahrain, Azerbaijan, Uzbekistan and Thailand made specific recommendations to Sweden to take measures to combat hate speech in the media and on the internet. Slovenia and the Netherlands made recommendations on the protection of the right to privacy, with a specific reference to the 13 Principles from the Netherlands: “[..] implement reforms to comply with its obligations under EU law as set out in the International Principles on the Application of Human Rights to Communications Surveillance.”

We note that Sweden, which leads the HRC’s work on internet and freedom of expression, as well as other states that tend to make internet-related resolutions in the UPR process, are increasingly receiving recommendations in their own UPRs on internet rights issues, in particular relating to combating discrimination and hate speech online.

The outcome of Turkey’s UPR will be adopted on Friday, 26 June. Turkey will formally accept recommendations from 13 states regarding its policies on human rights online, ranging from general recommendations to ensure that Turkey’s national laws protect freedom of expression and association online and offline to a recommendation to ensure that journalists can pursue their profession without harassment and fear of reprisals. Six states made specific recommendations to amend Turkey’s Law No. 5651 to bring it in line with international human rights standards. The controversial law gives the government extensive powers to block access to websites without a court order. In formally accepting these recommendations at the HRC, Turkey is committing to make domestic legislative reform to improve its practices on internet rights.

Sessions and side events related to internet rights: