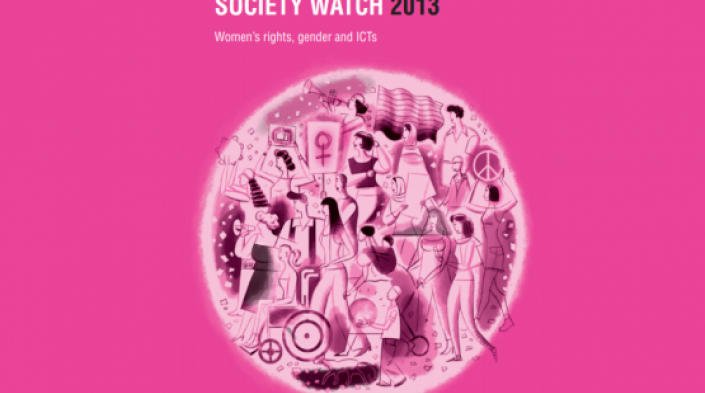 In the 2013 Global Information Society Watch’s institutional overview entitled Whose internet is it anyway? Shaping the internet – feminist voices in governance decision making, Heike Jensen calls the attention to the hegemonic framing of issues and agendas in the internet governance field. “Any mainstream political agenda of issues already represents the outcome of power struggles among groups of privileged men, and the outcome of the subsequent policy debate largely reflects which groups of men have achieved dominance, or in gendered terms, which groups of men now represent hegemonic masculinity.”

These processes of agenda setting and framing successfully serve to alienate many women, and keep them from entering the political process, and prevent them from immediately seeing how those issues connect to their own lived realities or the political issues they find most critical. Women’s ability to set the agenda is key to internet governance, and it relates to a power relation which we constantly work to subvert with GenderIT.org. It is also a key outcome of this year’s GISWatch, the focus of this GenderIT.org edition: setting women’s agenda and exploring and showcasing how ICT issues “connect to lived realities [of diverse group of women] or the political issues they find most critical.”

Nora Quebral – who is credited with coming up with the concept of ‘development communication’ in the early 70s – argued recently in an account of Asian domestic workers in the Middle East, and the right-to-drive protest by women in Saudi Arabia, that any analysis of rights is necessarily deeply contextual: “A tough question to answer would be: in which [of these two societies] do women have more equal rights to communicate and to develop?” While a universal rights-based discourse considers those rights inalienable, Quebral’s point is that it difficult to analyse the extent that to which those rights are realised, and in doing so to build easy comparisons between different contexts.

This phenomenon is most easily illustrated in GISWatch 2013 – with its focus on women’s rights online.

Read the full editorial at http://www.genderit.org/node/3932/

Korea: Women’s privacy in danger through surveillance and leaking of private information
“Digitising social welfare: Challenges of privacy” GISWatch report from Korea points out instances where women in the country have leveraged even non-political internet forums to discuss socio-political issues and to organise offline on crucial issues. However, it also highlights several government policies that expose women to privacy violations and related abuse. In particular, it points out the various dangers involved in the government’s collection of personal information from survivors of domestic violence, sexual abuse, forced prostitution, etc. The report also highlights the privacy violation of women workers in care professions due to high surveillance. Shehla Rashid Shora speaks to the author Yeo-Kyung Chang, who works with Jinbonet, about the state of women’s internet usage in South Korea.

Jamaican household workers use cell phones to protect their rights and improve the working conditions
Leith Dunn and Hopeton Dunn from the Institute for Gender and Development Studies Mona Unit, and Mona ICT Policy Centre, at the University of the West Indies, are the authors of the Global Information Society Watch article entitled “Women’s rights, gender and ICTs: Empowering household workers in Jamaica.” In this interview they told GenderIT.org why they chose this subject, how the sector of household workers is using mobile phones to improve their working conditions, and the role ICT policies and legislation have played to enable this advancement.

Democratizing access and use of ICTs for domestic workers in Uruguay
GenderIT.org interviewed Goñi, the author of Uruguayan country report in the Global Information Society Watch 2013 edition, to understand how inequality in access to and ownership of ICTs affects this sector of workers. Goñi and Ana María Laura of ICTWatch (ObservaTIC), of the University of the Republic of Uruguay collaborated on this article on how ICTs are helping female domestic workers claim their rights.

Cook Islands: Pushing for women leaders
The Global Information Society Watch Cook Islands report was written by Maureen Hilyard, Alexis Wolfgramm and Lynnsay Rongokea from the Pan Pacific and Southeast Asia Women’s Association. Analía Lavin interviewed Maureen Hilyard, one of the authors, on the main issues women face online, on gender equality in the political system, and on the role of the media.

Global Information Society Watch 2013: Women’s rights, gender and ICTs
A new report released by the Association for Progressive Communications (APC) and the Humanist Institute for Cooperation with Developing Countries (Hivos) explores women’s rights and gender through the lens of information and communications technologies (ICTs). This year’s edition of GISWatch shows that gains in women’s rights made online are not always certain or stable. The edition features reports from 45 countries on topics such as the rights of domestic workers, trafficking in women, participation in governance, child brides and the right to abortion. A series of expert thematic reports address issues such as access to infrastructure, participation, online disobedience, and sexuality online. This GISWatch edition is a call to action to increase participation of women in all forms of technological governance and development, and to reaffirm and strengthen their rights online.
“This edition of GISWatch examines how the internet and other ICTs have extended the public sphere and created new opportunities and freedoms for women,” say Anriette Esterhuysen and Edwin Huizing in the report preface. “It highlights the threats to these freedoms and explores the role of technology in resistance to these threats.”
ICTs, alone, cannot change inequitable systems and values. But we already have undeniable evidence about the radical potential of the internet to be a positive force for change in women’s and girls’ access to their human rights and for social justice, affirms Joanne Sandler, former deputy director of the United Nations Development Fund for Women (UNIFEM) in the GISWatch edition.
While women’s full participation in the benefits of the internet can be restricted by individual and collective attitudes that perpetuate patriarchal control and abuse, the internet is an important new terrain for challenging patriarchy and privilege by asserting claims for women’s rights and the rights of all groups that are excluded from the benefits of development. In this sense, the 2013 GISWatch edition occurs in that terrain where online and offline strategies by women’s and social change movements mutually reinforce each other.

From string theory to clothes wringers: A historical map of women shaping science and technology

How does gender intersect with internet governance?

1) Internet intermediaries and violence against women
This series is produced as a part of APC’s “End violence: Women’s rights and safety online” project and will explore the responsibility of intermediaries to ensure that the internet is a space that empowers, rather than subjugates, women.

How gender-based harassment falls through the digital cracks? by Carl Nyst
When did the internet transform from being a democratized space and tool of empowerment, that has franchised hundreds of millions of women and girls, to an arena of gender-based hatred?

Pulling back the veil of free speech? by Carl Nyst
The exceptions to Article 19 are highly controversial, subjective and prone to manipulation by states and other entities. What, then, are the legitimate avenues for redress of hate speech when it occurs on the internet?

Towards internet intermediary responsibility by Carl Nyst
A key pillar of the internet freedom movement is the concept that internet intermediaries should be immune from liability for any content hosted on their sites. Yet there is a clear and important need for intermediaries to play a more active role in ensuring that they are not complicit in incitement to violence against women.

2) Women human rights defenders and targeted online attacks
On September 21 the website of the Health Network of Latin American and Caribbean Women was attacked and taken down. This attack occurred immediately after the launch of several activities tied to social media campaign to legalise abortion. GenderIT.org produced a series of articles that confirms that we need to constantly defend the rights of women.

‘If we don’t stop these attacks, we run the risk of being left without a voice’: Interview with Sandra Castañeda Martínez of RSMLAC by Florencia Flores

‘We have to gain more ground with human rights advocacy organizations’: Interview with Vanessa Coria Castilla of Women’s Global Network for Reproductive Rights by Florencia Flores

16 daily actions to Take Back the Tech!

Some unfortunate aspects of social media in Pakistan by Sadia Awan

Check out the 2013 TBTT campaign imagery

EROTICS all over: Constellations of debates on sexual rights, privacy and technology
The EROTICS project is moving forward and discussions on sexual rights, violence against women, censorship, privacy, pornography, freedoms and risks in the online world are flowing. Two meetings took place lately, one in India, and the other one in the United States.

Gender peripheries of the Internet Governance Forum in Indonesia

Gender peripheries of the Internet Governance Forum in Latin America