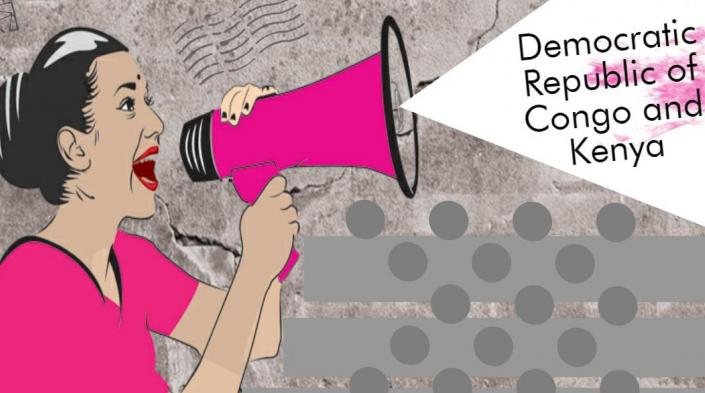 This is the sixth in a series of mini editions highlighting the “End violence: Women’s rights and safety online” project. Each edition focuses on one country in which the research was conducted, and brings together major findings, and interviews with the research teams. Drawing on four documented case studies, the Kenya research documents the local characteristics of online violence against women, including an exploration of the policy and political background of the situation around technology-related violence. In the research some interesting themes/trends were picked up and some valuable recommendations were made.

From unawareness to women coming forward when under attack: Technology-related violence against women in Kenya

Here, GenderIT.org writer Tarryn Booysen speaks to the research team, giving us a closer look into the findings.

Technology-related violence against women in Kenya

This report emerges from research carried out in Kenya between November 2013 and April 2014 by The International Association of Women in Radio and Television-Kenya and the Association for Progressive Communications (APC). Throughout the documentation of four cases of technology-related violence in Kenya, social media – particularly Facebook – appeared to be the most common platform used by abusers. In the four cases under study, three of them reported violations committed through Facebook to implicate and intimidate the victims. In the other case, SMS was used to also intimidate and harass the victim/survivor.

When a stolen photograph leads to threats of violence

Violence against women on the campaign trail

This is the last in a series of mini editions highlighting the “End violence: Women’s rights and safety online” project. Drawing on three documented case studies, the Democratic Republic of Congo (DRC) research documents some of the characteristics of online violence against women, including different routes women took in search of protection and remedies for these situations.

From sensitisation to changing women’s lives: Understanding tech-related violence in the DRC

In this article, Bianca Baldo interviews Françoise Mukuku and Patience Luyeye from Si Jeunesse Savait. They speak about some of the research findings, gaps in legislation, the ambiguous role of internet services providers, and how justice is defined by survivors.

Technology-related violence against women in the Democratic Republic of Congo

This report emerges from research carried out in the Democratic Republic of Congo (DRC) between November 2013 and April 2014 by Si Jeunesse Savait and the Association for Progressive Communications (APC). Mobile phones had been the most frequently involved platform in the cases of technology-related VAW explored by the local research team. In all three of the cases, the survivors were victim to multiple acts of violence, either by the same person or different people who, for the most part, were in better control of the technology than the victims.

My ex tarnished my image

For more information about the multi-country research visit the research site.

These editions are part of APC’s project “End violence: Women’s rights and safety online”, financed by the Dutch Ministry of Foreign Affairs (DGIS).