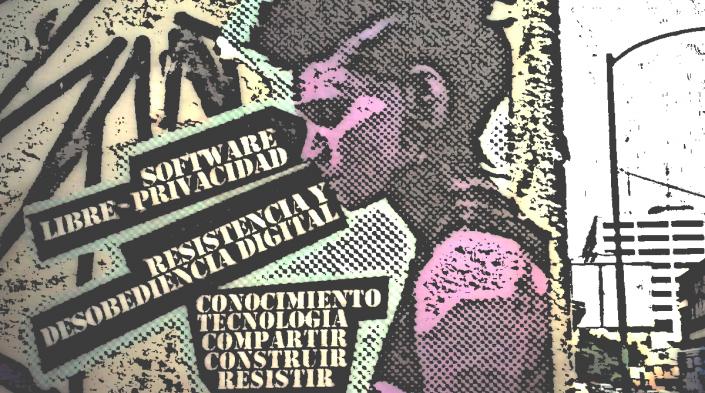 Código Sur is made up of people belonging to different social movements that are seeking to develop and socialise communications. They believe in a new model of knowledge production and cultural construction that implies resisting processes of privatisation of life, knowledge, communications and culture. They offer services with free/libre and secure technologies for organisations, movements and collectives that promote human rights, ecology, communications, technology, individual and collective freedoms and emancipation processes. They are based in Costa Rica and Honduras, working most actively in Central America and providing services in Latin America in general. In July 2017, they joined the APC network.

APCNews: Código Sur aims to socialise communications as the key to development in Costa Rica and the rest of Latin America. When and how did you decide that this was essential for regional development?

Código Sur: Being with organisations and social movements in Latin America obliged us to come up with a technical answer to the needs of social movements out of a commitment to decolonisation of the hegemonic neoliberal logic. The limited access to telecommunications and the obstacles to the full exercise of free expression in the region led us to try to make a small contribution to this area. We were also motivated by freedom of culture and knowledge.

APCNews: What are the main priorities in terms of internet rights in Latin America, given the enormous challenges faced by the region?

CS: We found large gaps in terms of privacy and personal data protection, surveillance, freedom of expression, access to the internet, citizen participation in the formulation of laws and policies, and a lack of international cooperation.

APCNews: Why are you based in Costa Rica? Are there specific challenges or opportunities in the Costa Rican context?

At present we are also in Honduras, in a very low-profile space called Barracon Digital, because of the context in which we find ourselves. Honduras is a country that needs a lot of international solidarity. Honduran social organisations face daily violence and the criminalisation of the defence of rights. Honduras is a fragile area which is constantly drawing the attention of international human rights protection mechanisms. From the criminalisation of journalism to the murder of many journalists and communicators, hostility towards freedom of opinion and expression has been continuous since 2009, when electronic censorship of digital media was introduced, blocking access to entire platforms such as Wordpress. During the political crisis after the coup, alternative media grew, and getting past the media stranglehold by means of online radio broadcasting and alternative media publication became increasingly crucial in Honduras.

The main challenge today is the criminalisation of journalistic activities and threats against the physical integrity and the lives of journalists, both commercial and independent. Allegations by powerful figures of defamation and slander, as well as professional disqualification, have risen significantly in the country. An increase in cyberattacks to silence alternative digital media has also been reported. Most organisations, collectives and human rights defenders are exposed to threats against their lives and physical integrity, criminalisation and digital attacks. Women, indigenous peoples and Afro-descendants are more vulnerable to human rights violations as a result of inequality. The murder of Berta Cáceres of COPINH was a watershed in human rights work in the country and in the world, and was one of the main reasons why we entered into solidarity with the country’s organisations.

APCNews: Can you give us an example of a successful initiative or project promoted by your work?

CS: Pillku magazine is a project that has been very successful. It is a digital magazine that contributes to the exercise of the right to free expression and the sharing of culture and knowledge. It aims at constructing a collaborative space for debate on free and pro-commons culture from the perspective of the Latin American experience, to contribute to the construction of a society based on the freedom to share. This year we are working on a new edition on gender and identity online.

APCNews: And can you share an example of the main obstacles or challenges you face in your work?

CS: At present we are working in Honduras, where the context is one of great violence and insecurity, beginning with human rights and environmental defenders who do not have the protection needed to carry out their rights defence work.

APCNews: Why did you join the APC network? How do you think APC can help Código Sur, and what do you expect to contribute to the work of the network?

Our contribution to the work of the APC network… we are looking at this from the point of view of peer-to-peer collaboration, solidarity with organisations we work with in APC’s areas, such as web infrastructure, access to the internet, campaigns, a feminist internet, digital security… There is solidarity between the organisations, which leads to strengthening the work and the network.

APCNews: Do you have you any message to send to the APC community?

CS: We need more solidarity and networking. There are many challenges in our region and we will only be able to confront the problems of the present and the future if we are united.

Image: Taken from Pillku magazine, one of Código Sur's projects.