AlterMundi: “Community networks embody the original spirit of the internet” 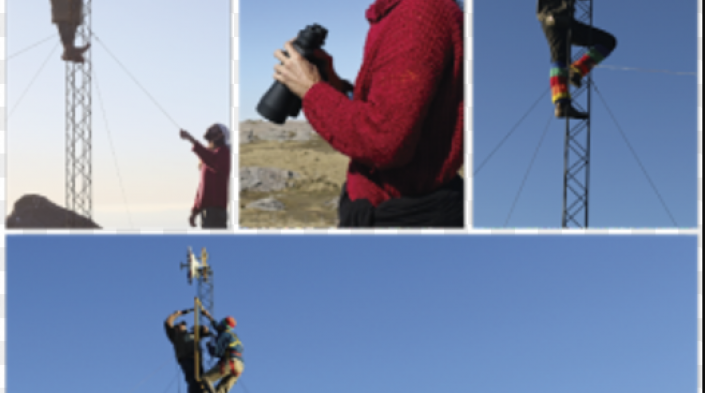 A group of Argentinians is taking the internet to small towns and villages in their country using free/libre software and low-cost hardware. They are creating decentralised wireless networks using Wi-Fi routers and firmware that makes it possible to regulate how networks function. These networks are then maintained by the communities themselves. In this way, internet access is provided in places where no commercial service is available. Their organisation is called AlterMundi and they describe themselves as a “network of activists, working with people with no knowledge of networks or information technology so that they can construct and maintain their own communications systems.”

AlterMundi won the 2015 award in the “Devices, Infrastructure and Technologies: Acceleration and expansion of access” category from the Regional Fund for Digital Innovation in Latin America and the Caribbean. The FRIDA programme is an initiative of the Latin American and Caribbean Network Information Centre (LACNIC) which has also granted recognition to Valeria Betancourt, a member of the FRIDA awards panel, for her support and work for the development of the internet in Latin America.

APCNews: How do you decide where to make the internet accessible? How do you select the communities?

Nicolás Echaniz: Actually, they approach us: individuals, local service cooperatives, or NGOs that want to link their work with ours get in contact with us. This is important, because we visit them for a few days and we give them training, but the communications systems belong to the communities, so the responsibility for constructing and maintaining them is theirs.

APCNews: Do you only go to small communities?

NE: Yes, usually to very small towns or villages. We go there because no private, cooperative or state telecommunications agencies are concerned with providing internet access in these places. They are always the last priority and their turn never comes around. Also, it’s much easier to build a community network in a small town than in a big city. We have run one-day workshops in a village and when we leave, just three weeks later, we have seen over 20 nodes set up all over the community. For instance, in a small town in Córdoba, over the mountains in central Argentina, everyone in the town became involved, and the most active participant was an art teacher who worked tirelessly and never stopped until the whole system was ready. It took us years to develop the complete platform that makes it all possible, and now this is being put to work to take the internet to where it is most needed.

APCNews: How is such a project funded?

FRIDA Award presentation at the IGF. Photo: ProgramaFRIDA on Twitter
NE: Our model is not a commercial one. We are free software developers. Most of us work for AlterMundi and also for Código Sur, which offers ICT services to Latin American social organisations and movements. Código Sur does charge for its services, but our lifestyle means we really do not need much to live on. Our average monthly salary is USD 250. We live simply, in mud houses, using wind power and eating produce from our own vegetable gardens. We don’t spend money on unnecessary things and this makes our project more sustainable than others.

Previously AlterMundi had no funding at all. The FRIDA Award is the first time we have received any money, and now we have also received a grant from the Open Technology Institute in the United States. But our way of life will remain the same. All our income will be invested in improving network capacity and developing software.

APCNews: In 2007 one of AlterMundi’s founding members took part in training workshops on capacity building for wireless connectivity in the LAC region (TRICALCAR – Tejiendo redes inalámbricas comunitarias en América y el Caribe) run by APC. How did this influence your project?

NE: It was a watershed for those of us who had been working on free community networks. Guido Iribarren attended training workshops held in Rosario, Argentina, which at that time were the only available course specialising in community networks. There we had the good fortune to meet Ermanno Pietrosemoli, the pioneer of the community networks movement, whom we met again in 2013 at the International Summit for Community Wireless Networks (IS4CWN) in Berlin. After the TRICALCAR courses we also contributed to translating the book Wireless Networking in the Developing World (Redes inalámbricas para el desarrollo en América Latina y el Caribe), which covers implementation of wireless networks in rural and urban environments, regulations applying to wavebands and local service provision, and case studies of network implementation and usage by communities in the LAC region. Prior to 2007 we were carrying out work on community networks, but only in a minor way. The TRICALCAR workshops were decisive.

APCNews: What does the future hold for community networks?

NE: Community networks are constructed, developed and managed by the people who are going to use them. Local traffic is their top priority, and they enter into peering agreements (for free exchange of traffic) with any other network offering reciprocity. That’s what the internet was like when it started; that was the original spirit, which has gradually been lost. The internet has become more of a closed shop, and the big fish do not make peering agreements with the little fish, leading to the breakdown of the peer-to-peer model. In my view, community network activism has two pillars: providing concrete solutions for flesh-and-blood people, and “infecting” a piece of the internet with the old spirit of the internet.

Learn more about AlterMundi through their blog , on Twitter, and in this video summary of their work: