Africa gets ready for exciting events on internet governance 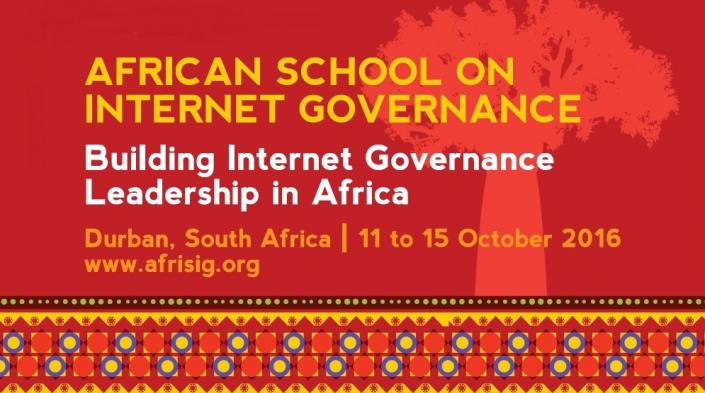 First up, on 10 October, is the gigX event hosted by Women’sNet and WOUGNET, which will bring together women’s rights, internet rights and sexual rights activists from around the continent to discuss and build awareness and understanding of the relationship between gender, women’s rights and internet governance.

The next day marks the opening of the fourth edition of AfriSIG, taking place from 11 to 15 October, where participants from different stakeholder groups throughout Africa will gain the knowledge and confidence they need to actively participate in internet governance discussions and processes.

Finally, AfriSIG participants will be able to immediately put what they have learned into practice at the fifth African IGF, on 16-18 October.

About the Gender and Internet Governance eXchange

APC believes that the integration of a gender, women’s rights and sexual rights perspective into internet governance conversations and processes is essential if the internet is to fulfil its transformational potential for all.

These exchanges bring together women’s rights, internet rights and sexual rights activists from each region to discuss and build awareness and understanding of the relationship between gender, women’s rights and internet governance. Skills and knowledge acquired during the events will be put into practice immediately afterwards, as participants will go on to participate in the regional IGFs.

About the African School on Internet Governance

Internet Governance (IG) is usually defined as the development and application, by governments, the private sector, and civil society of principles, policies, norms, rules, decision- making procedures, and programmes that shape the evolution and use of the internet. While few contest the definition itself, the respective roles, responsibility, power and influence of various stakeholder groups continue to be the subject of intense debate. Also contested is the institutional ecosystem within which decisions that impact on the internet are being made, as well as the principles on which such governance should be based.

What is not contested is that (a) IG is complex and and participating effectively in IG processes is not easy, (b) African participation in IG, be it in technical, social or political spheres, is insufficient and (b) few African countries have established sustainable open and inclusive policy discussion forums where government, civil society, businesses and technical people are able to interact effectively and collaborate to develop consistent national and institutional strategies aimed at mobilising the internet for economic, social, political and cultural development.

The first Summer School on IG (SSIG) was held in Europe in Meissen in July 2007. It has become an annual event and has given rise to the South School on IG held annually in Latin America for the last four years. The African School on IG builds on their experience but customises session content to meet the needs of African IG interest groups. We utilise the expertise that exists within the continent as well as that of international academics and practitioners in the field.

About the African Internet Governance Forum

Presently, there are regional Internet Governance Forum initiatives in all the five regions of Africa. In order to bring together the national IGF initiatives together with the regional ones and to promote IG related issues on the continent, there was a strong need for the establishment of an African Internet Governance Forum (AfIGF). Accordingly, AfIGF was convened by the sub-regional IGFs in cooperation with the African Union Commission (AUC) and the UN Economic Commission for Africa (ECA) at the 6th IGF in Nairobi, Kenya. The AfIGF was formally launched on 30 September 2011.